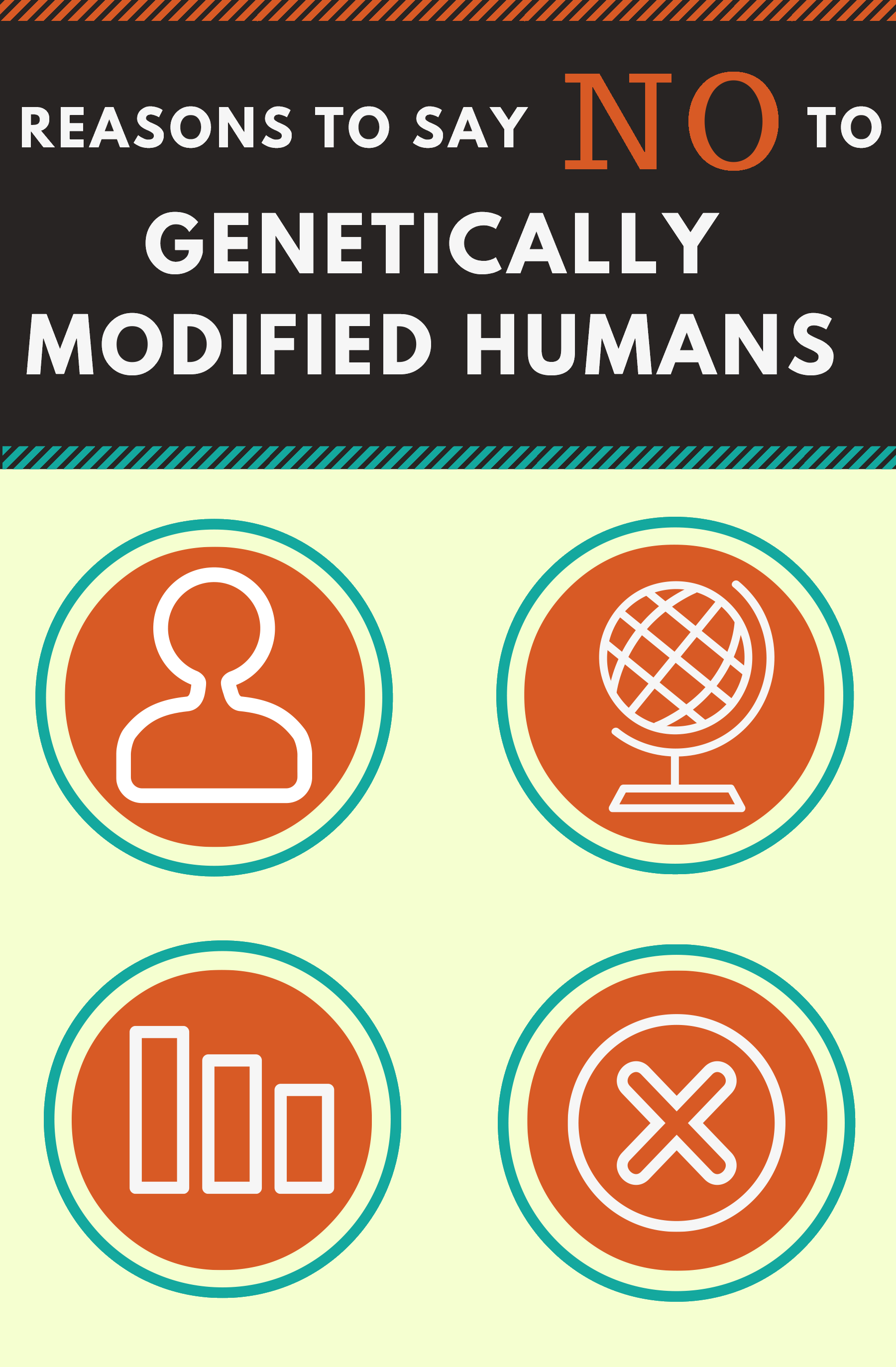 Researchers at Sun Yat-sen University in Guangzhou, China published a paper on April 18, 2015, detailing the first use of the “gene editing” technology CRISPR in human embryos. The news initiated a global media firestorm about the irresponsibility of attempting to create genetically modified humans.

The experiments were largely unsuccessful. But as gene editing tools are refined in labs around the world, they are expected to allow easier, cheaper and more accurate insertion or deletion of genes than ever before.

If perfected, this powerful new technology could contribute either to great good or to profound harm. On one hand, gene editing holds real promise for helping people who are sick. This application, known as gene therapy, affects only an individual consenting patient.

But alterations to the genes of reproductive cells, known as human germline modification or inheritable genetic modification, would be very different. Such efforts would be experiments with engineering the traits of future children, and the altered genes and traits would be passed on forever more through the generations.

Crossing this threshold has long been considered dangerously unacceptable for both safety and social reasons. It is prohibited by several international human rights treaties and more than 40 countries. However, the United States does not currently have any legal prohibitions in place. Here are seven reasons why it is time for that to change:

1.    Profound health risks to future children. Altering the genomes of our offspring — not just the first generation but all later ones as well— means irreversibly changing every cell in their bodies, forever. The risks of such biologically extreme experimentation would be huge, from the early stages of embryonic development through the life span. Even with the latest gene-editing tools, “off-target effects” are an unsolved problem, and even if genes can be added or deleted in the right place, we can’t predict what those added or deleted genes might do in the cell or the organism.

2.    Thin medical justification. Human germline modification is often presented as a way to prevent the transmission of inherited diseases. But in nearly every case, people at risk of passing on genetic diseases can have healthy and genetically related children without manipulating genes by using the embryo screening technique known as preimplantation genetic diagnosis or PGD. (Prenatal screening, adoption, and third party gametes are frequently used additional options.)

3.    Treating human beings like engineered products. Who has the right to decide the biological future of another human being? Who can ethically undertake non-consensual experimentation on someone else's body? It’s one thing for parents to offer their kids opportunities like music lessons or extra coaching; it’s quite another to force them into a pre-determined biological mold. We must preserve the human right to bodily integrity and an open future.

4.    Violating the common heritage of humanity. Our shared humanity is the starting point for every struggle for equality. What happens to the movements for racial, gender, sexuality, and disability justice if we lose our shared evolutionary origin? What happens if traits viewed as socially undesirable are merely problems to be solved in a system that makes “fitting the mold” a biological possibility? UNESCO’s Universal Declaration on the Human Genome and Human Rights, unanimously passed by 77 national delegations, declares that the “human genome underlies the fundamental unity of all members of the human family, as well as the recognition of their inherent dignity and diversity.”

5.    Undermining the widespread policy agreements among dozens of democratic nations. More than 40 countries and several international bodies including the Council of Europe prohibit genetic alterations that extend to future generations. In the United States, the National Institutes of Health and the Food and Drug Administration have made it clear that they will not fund or permit human germline modification to the extent of their authority. But the U.S. is the only country with a robust biomedical sector that has not established a legal prohibition on creating genetically modified humans that would be binding on privately funded scientists and fertility clinics.

6.    Eroding public trust in responsible science. Scientists working on gene therapy and regenerative medicine are rightly worried that attempts to change the genetic inheritance of our species will provoke a backlash against important scientific efforts to treat disease in people who are suffering today. We can and should encourage beneficial applications of genetic technologies, and condemn pernicious ones.

7.    Reinforcing inequality, discrimination and conflict in the world. In the twentieth century, efforts to improve human genetic traits were known as eugenics. While twenty-first century efforts to directly modify the human germline would likely play out differently, the determination of “bad” genes that need to be replaced and “good” genes to be introduced would reflect criteria set by the economically and socially privileged. The social and commercial dynamics in which human germline modification would necessarily develop could easily exacerbate global disparities, and take structural inequality to a whole new (molecular) level.

It doesn’t have to be this way.  But three things must be done. First, the United States should establish an explicit prohibition on creating genetically modified humans. Second, the United States should join other countries in an international treaty that prohibits the creation of genetically modified humans. And third, civil society organizations, scientific and medical groups, and others should work to deepen public understanding of the differences between socially dangerous uses of powerful human genetic technologies and applications that can contribute to human flourishing and the common good.