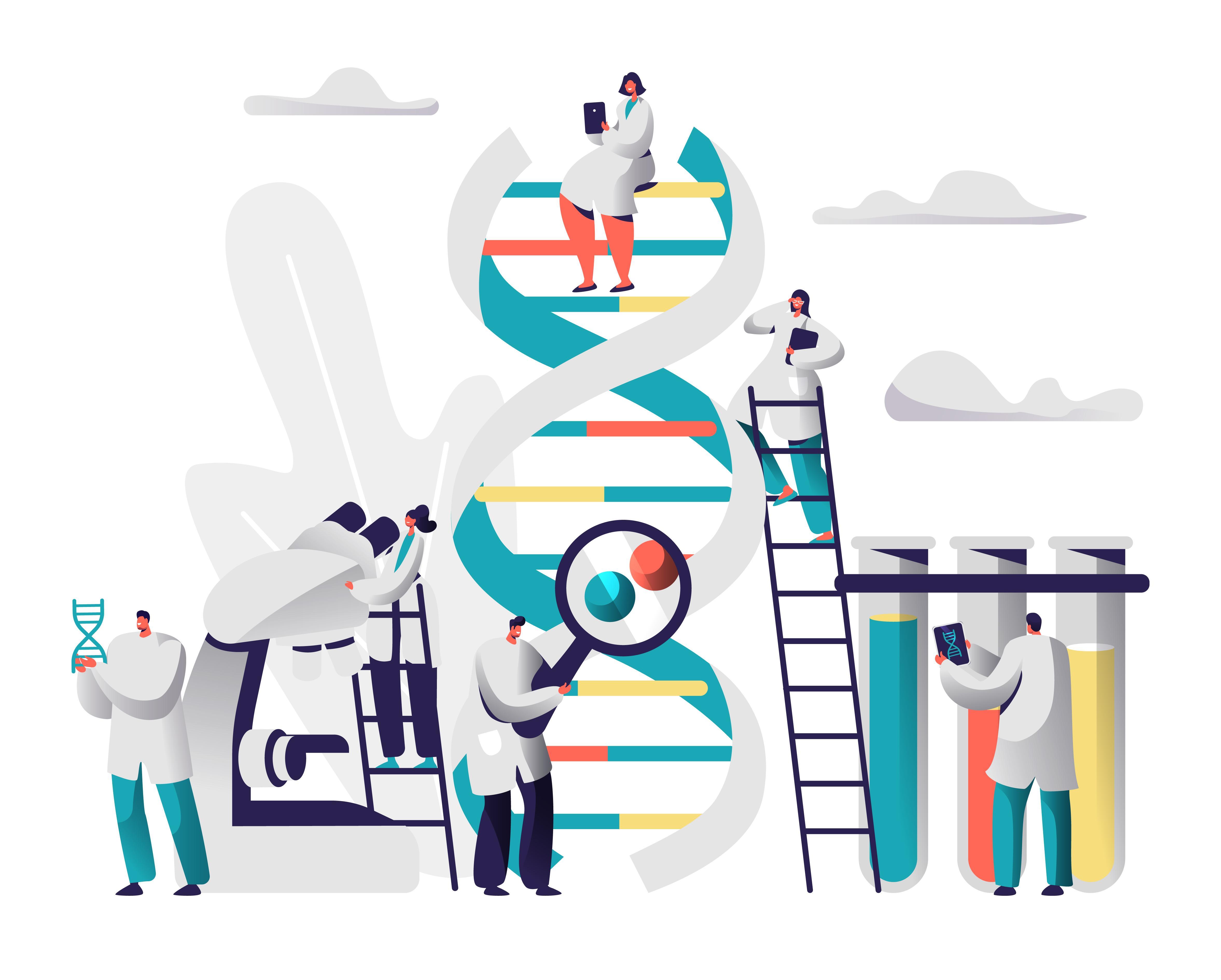 How gene therapy is emerging from its ‘dark age’ – After years of setbacks, the field is starting to deliver on its promises.

Gene-replacement therapies are transforming children’s lives – Several therapies to correct severe genetic disorders have been approved by medical regulators in 2022, and others have produced impressive clinical trial results.

Unfortunately, there have also been failures and even deaths.

The blockbuster gene therapy Zolgensma, from Novartis Gene Therapies, Inc., is used to treat children below the age of two with spinal muscular atrophy. The company reported in August that two children had died of acute liver failure about five to six weeks after receiving Zolgensma. Liver toxicity was a known side-effect mentioned on the label, but these were the first known fatalities. The company response was:

“While this is important safety information, it is not a new safety signal and we firmly believe in the overall favorable risk/benefit profile of Zolgensma, which to date has been used to treat more than 2,300 patients worldwide across clinical trials, managed access programs, and in the commercial setting,”

Fierce Pharma noted that Zolgensma had reeled in $379 million in sales in the second quarter, a 26% increase year-over-year.

Money definitely talks: The California Institute for Regenerative Medicine (CIRM), a taxpayer-funded institution, financed to the tune of at least $40 million research at UCLA that successfully developed a stem cell gene therapy for children born with “bubble baby” disease. Fifty children were cured. The technology was licensed to Orchard Therapeutics PLC, which began a clinical trial in 2019 – and then in 2022 suspended it to focus on more profitable products. Eventually Orchard returned the rights to UCLA and another clinical trial has been approved, but cures have been delayed; financial considerations appear to take priority over patients. (For much more on this story, see David Jensen’s California Stem Cell Report.)

Other disappointments include discovering that a CRISPR gene editing therapy for an inherited form of blindness only worked if a patient was homozygous for the affected gene, that is, had two identical flawed genes, which is much rarer than having one. Editas halted development of the therapy in November 2022 because it would not be “commercially viable” with such a small population of potential patients.

Some clinical trials have raised enough serious concerns that the FDA has stepped in to suspend them, at least temporarily: FDA asked for more studies on BioMarin Pharmaceutical’s phenylketonuria (PKU) gene therapy. A sickle cell therapy for patients under the age of 18 developed by Bluebird Bio was suspended for about a year (trials on adults continued). A treatment for hemophilia was paused for several months because of unexpected results. These examples show that the FDA is doing its job, and the developers are reacting responsibly, but they do suggest that gene therapy is very much a work in progress.

A different kind of challenge to the future of gene therapy looms very large. Even if gene therapy can be made reliable, will it ever be affordable?

One example: In August 2022, the FDA approved the first gene therapy for beta thalassemia, a blood disorder that reduces the body’s ability to produce hemoglobin. Mutations of the HBB gene are responsible and some have worse effects than others. Patients with the more severe form of the disease require regular blood transfusions, often monthly, which can have serious side effects. A gene therapy developed by Bluebird Bio and named Zynteglo (or beti-cel) reached an 89% success rate. These patients achieved “transfusion independence” and in theory no longer need monthly treatments, though some experts have questioned the degree of risk and the durability of the clinical benefit.

Then there are the cost issues. The company aims to sell each treatment for “up to $2.8 million” in the US, Tom Klima, the company’s chief commercial officer, told Endpoints News that “the price makes sense considering it can cost $6.4 million for a lifetime of transfusions.” Besides, the company offers some “creative” payment schemes that have been compared to a mortgage.

Note that the price seems to be set purely by what the market will bear.

It is not based on the cost of manufacture and distribution, not even on the cost of research and development, which is undoubtedly substantial and needs to be spread across the estimated future sales of the product. Nothing so complicated. Just what they can get for it. And they are not alone. Exactly the same rationale was given for the even more expensive Hemgenix, produced by CSL Behring, as described in this November 2022 article in Quartz:

The same article notes that there are other drugs “with a seven-figure price tag”: Zolgensma, mentioned above, is used to treat children below the age of two with spinal muscular atrophy, and priced at $2.1 million in the US. (The UK negotiated a confidential discount and Novartis decided to give away about 100 doses a year globally in a lottery derided as “a real life version of The Hunger Games.”) Skysona (a Bluebird Bio product) for a rare neurological disorder is priced at $3 million. Compared with them, Luxturna, from Spark Therapeutics, which treats a rare kind of blindness, seems almost modestly priced at $425,000 per eye.

This is of course the Big Pharma playbook amid modern capitalism. Marketing a drug can suck up far more investment than making the product. Mass media love the advertising income. And for gene therapy in particular, insurance companies are expected to pick up most of the frequently enormous bill. Consumers – that is, patients – do get a benefit, but at least in some countries there is a fundamental problem with the logic of long-term savings in exchange for a large up-front payment. Americans tend to change their health insurance every few years (in part because the US system ties many people’s insurance to their jobs). Stanford professor Hank Greely estimates that half of all patients change insurance within three years, and therefore:

It is true that outside the US many countries do have some form of universal health care. And even within the US, national and some state governments finance research, with the noble aim of benefiting public health. This, however, can have its own complications, as CIRM discovered when dealing with Orchard Therapeutics.

Fyodor Urnov, one of the giants of the field, wrote an important opinion piece in The New York Times on December 9, 2022 titled:

Urnov has no magic solution to the problem but remains hopeful. There are probably 400 million people in the world who are affected by one of an estimated 7,000 single-gene disorders and in principle are candidates for gene therapy. Rather than following a standardized path to a cure, it could be possible in some cases to use gene editing to fix a specific faulty gene in a particular patient. That has been the dream for decades. Meanwhile, the FDA should probably streamline its regulatory approval process but, as Urnov suggests, that will not be enough. Public funding is also necessary, but in practice can be complicated to secure: a collaboration he cites that aims to address sickle cell disease involves three University of California campuses, a total of $17 million from CIRM and the National Institutes of Health, and if all goes well, nine patients.

Finally, it is important to consider the lived experience of patients as they receive gene therapy. Aside from the financial considerations, they may have to travel a long way for treatment, which can mean spending a month in hospital, followed by perhaps six months while they remain immunocompromised. Even if cured, some patients may have residual permanent injuries. Some may have great difficulty in adjusting even to improved circumstances. Rebuilding a life is not a simple task.

So, is gene therapy really delivering on its promises?