DNA Tests: Neither Destiny nor History

Senator Elizabeth Warren has released the results of a DNA analysis bolstering her family’s belief that their ancestry is partly Native American. Unfortunately, promoting such a test is extremely problematic.
By Pete Shanks | 10.16.2018
Biopolitical Times 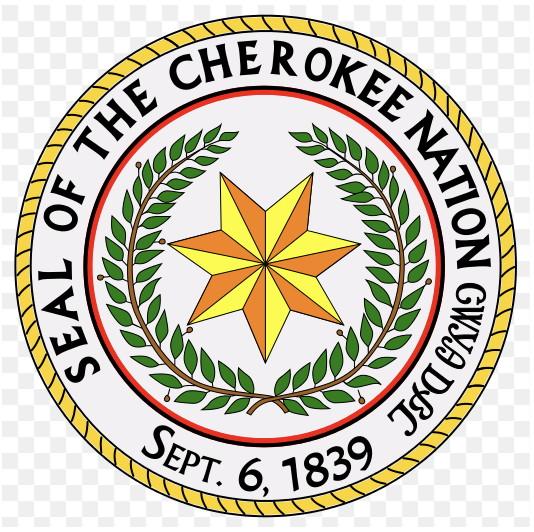 Senator Elizabeth Warren has released the results of a DNA analysis bolstering her family’s belief that their ancestry is partly Native American. She did this as an understandable response to more than six years of political attacks, including specific demands that she be tested. But promoting such a test is extremely problematic.

The result does not prove that Warren is or even could be a member of the Cherokee tribe. As she herself tweeted, “DNA & family history has nothing to do with tribal affiliation or citizenship, which is determined only – only – by Tribal Nations.” That did not go nearly far enough for the Cherokee Nation, which shortly thereafter issued a statement that said, in part:

Using a DNA test to lay claim to any connection to the Cherokee Nation or any tribal nation, even vaguely, is inappropriate and wrong. It makes a mockery out of DNA tests and its legitimate uses while also dishonoring legitimate tribal governments and their citizens, whose ancestors are well documented and whose heritage is proven.

So is Kim Tallbear, the Canada Research Chair in Indigenous Peoples, Technoscience and Environment at the University of Alberta, who notes that Warren has refused to meet with Cherokee representatives:

This shows that she focuses on and actually privileges DNA company definitions of this debate, which are ultimately settler-colonial definitions of who is Indigenous. She and much of the US American public privilege the voices of (mostly white) genome scientists and implicitly cede them the power to define Indigenous identity.

Tallbear places the issue solidly in the history of the U.S. state, and the presumption of many white people that they have the right to define the identify of others. (Read the whole thing, it’s short and important. Simon Moya-Smith's take is worth reading, too.)

That people frequently cling to such assumptions unconsciously indicates just how deep the problem runs. Many men also have trouble seeing that women remain disadvantaged; many straight people cannot acknowledge the pain that queer people suffer; many aristocrats cannot empathize with the poor. And so on.

That why it’s not hard to imagine much worse abuses deriving from genetic tests. The very word “gene” is ultimately derived from the Greek for “race” — which was also combined with the Latin for “kill” to give us “genocide.” Homicidal discrimination has generally been based on race, ethnicity, culture or religion, but the “scientific” study of eugenics could easily be applied to the “scientific” assessment of ancestry through DNA, and thus to abuses up to and including mass murder.

As long ago as 2008, a Turkish politician demanded that then-President Abdullah Gül prove his ethnic background by taking a DNA test, on the grounds that “Today, ethnic origin does not gain legal and scientific validity through family trees, but through DNA tests.” Gül was suspected of being Armenian.

Perhaps 1.5 million people were killed in the Armenian Genocide of the early 20th century. Could such a catastrophe happen again, there or elsewhere, based on genotypes? Undoubtedly it is possible. The prospect of such abuse of genetic technology is outrageous, but unfortunately it’s not unthinkable.

That’s an extreme possibility. Other kinds of genetic discrimination may be more subtle, and closer to hand. A relevant one for Warren is the concept of “presidential genes,” of which some of us have been warning for close to a decade. Others have suggested that candidates “may be pressed to disclose their own DNA, like tax returns [oh, wait] or lists of campaign contributors.” After all, we do want our political leaders to be healthy, do we not? And predicted to stay healthy, right?

Genetic tests, whether for health risks or ancestry, are still unreliable, but the abuse of such tests is absolutely predictable. And their cultivated aura of certainty is doubtless part of why Warren felt compelled by unreasonable political pressures. No one would have imagined in 2012 that she would feel the need to take a DNA test in 2018 to further her political career. But she did. It’s worth a quick look at how she got to this point.

It all goes back to a Boston Herald article on April 27, 2012, that criticized Harvard Law School, where Warren was a professor and, at the time, a Democratic candidate for the Senate. The piece, titled “Harvard trips on roots of Elizabeth Warren’s family tree,” opened:

Elizabeth Warren’s avowed Native American heritage — which the candidate rarely if ever discusses on the campaign trail — was once touted by embattled Harvard Law School officials who cited her claim as proof of their faculty’s diversity.

That’s it! That’s the whole kerfuffle, right there. In a follow-up on April 30, the Boston Globe reported that Warren did not know about Harvard’s actions. But on the very next day, May 1, 2012, a columnist for the Lowell Sun accused her of “cashing in with her ancestry” and referred to her as “Professor Pocahontas.” (You thought Trump made it up? No, he stole it. What a surprise.) Republican campaigners ran with it, and still are. The nickname is obviously racist, and from the start was clearly misogynistic, implying that an academic who had risen by her own efforts from humble origins in Oklahoma was a cartoon princess. But it lives.

The intended insult did not work in 2012, and Warren seems certain to be re-elected to the Senate in 2018. However, as Stephen Colbert immediately noted: “This test accurately reveals, with high confidence, that Elizabeth Warren is running for president.”

This test tells us nothing about Warren’s qualifications for the office, for or against. It’s a sideshow. But it does tell us something rather frightening about ourselves, collectively.