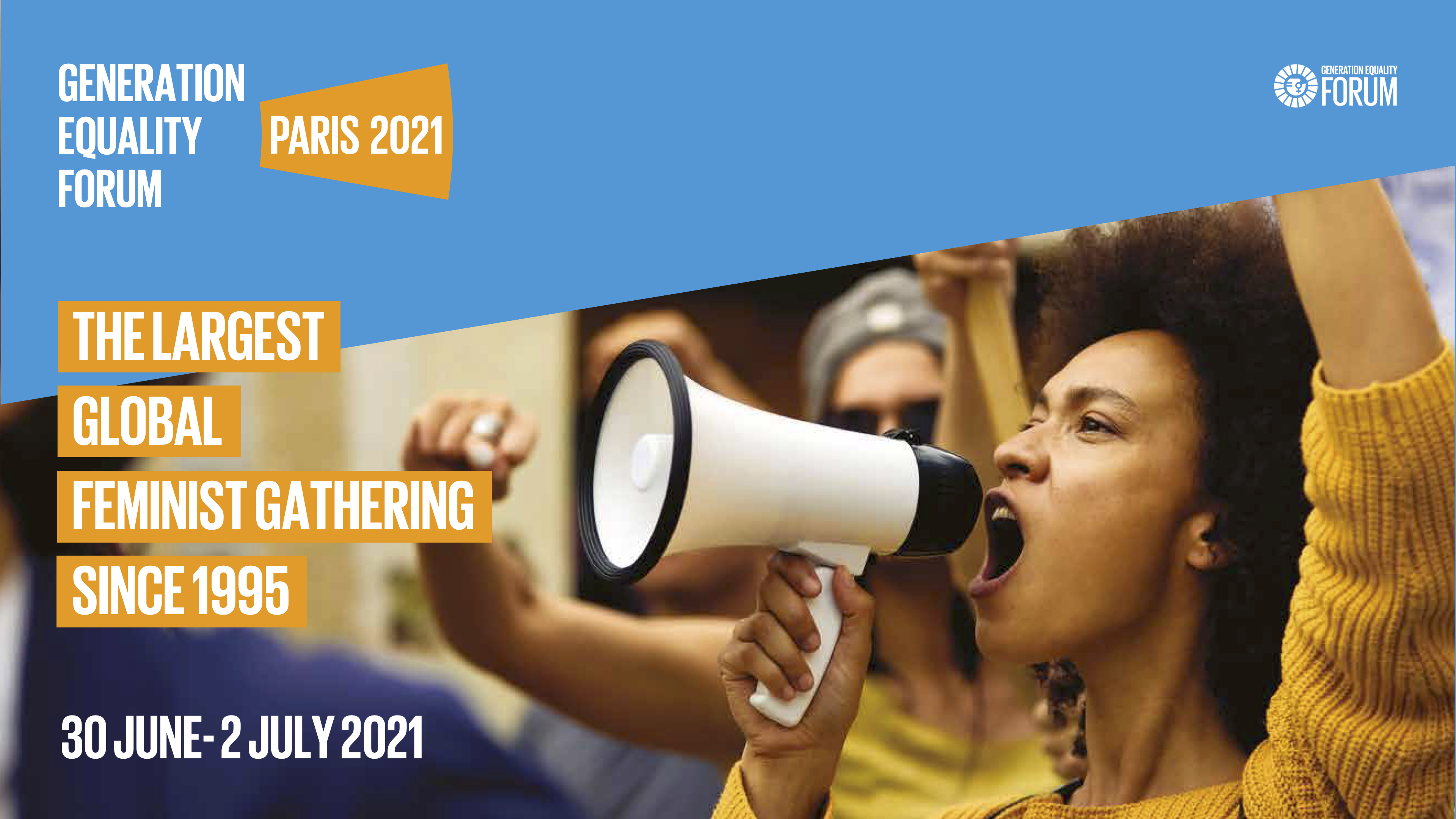 The largest gathering of feminists globally since the 1995 UN World Conference on Women in Beijing is taking place this week in Paris and online, with 40,000 people registered for the Generation Equality Forum. From the organizers: “The Generation Equality Forum was borne out of one simple idea: that the world could make irreversible progress on gender equality if diverse stakeholders united around a bold and transformative vision and worked collectively to achieve it.”

As a collective effort leading up to the Forum, Generation Equality’s six Action Coalitions released a Global Acceleration Plan for Gender Equality outlining pathways toward such a vision in these thematic areas:

In addition to detailed commitments made by the Action Coalitions, civil society organizations around the world were invited to become “Commitment Makers” and lay out goals and strategies to advance the vision of Generation Equality.

The Center for Genetics and Society will be leading a coalition of organizational and academic leaders from 7–10 countries to bring gender, reproductive, racial, disability, and LGBTQ justice to the forefront of public and policy debates about human biotechnologies. Together, we will develop principles and tools to ensure the inclusion of feminist and other civil society voices for gender equality in public discussions and regulatory deliberations on heritable human genome editing. We will also create model policies that countries and international bodies can adopt to prevent risks to women and girls stemming from this technology that would alter the genes of future generations. Seventy countries already prohibit heritable genome editing; one model policy is an international moratorium until there is societal consensus on whether to use it.

Heritable genome editing raises grave concerns for women, including health risks associated with in vitro fertilization, as well as justice concerns about eugenics, policing reproduction, and coercive population control. Despite this, perspectives grounded in gender justice have seldom been sought or heard in public and policy discussions.

We are thrilled to be part of the Generation Equality global collective effort to eliminate gender inequality and all intersecting oppressions – including reproductive, racial, disability, and LGBTQ injustice – and to ensure human rights for all women and girls.