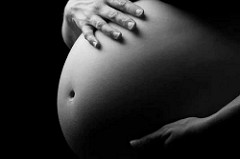 China's illegal surrogacy market is booming with vast numbers of women earning money through offering their wombs for service.

Women in rural villages are being lured away from their factory jobs to carry others' fertilised eggs to birth according to a two-month investigation by a state-run news site, The Paper, The Times reported.

Couples pay anywhere between £40,000 to £114,000 for surrogacy, and are even told they can guarantee the baby's gender. Agents claim they can do this by either testing the sex of the embryo or aborting babies of the unwanted sex, both of which are illegal practices in China.

Because surrogacy is illegal in China, knowing the extent of these services is difficult however there are distinguishable triggers for the surge in demand. It is thought that 15 million Chinese couples are infertile- a figure blamed by some on pollution. In addition, in the aftermath of China's relaxation on it's... see more

China Is Reportedly Developing ‘Biologically Enhanced’ Soldiers. So Is the U.S.

China has reportedly conducted tests on members of its armed forces in hopes of developing soldiers with “biologically enhanced capabilities,” according to John Ratcliffe, the United States’ top intelligence official.