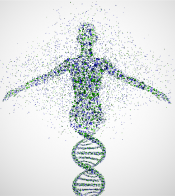 Countries contemplating giving the green light to heritable genome editing received specific guidance from an international commission this week on how to prepare for a future in which the technology is safe and effective enough to use in human reproduction.

The commission was created in response to the news almost two years ago that a scientist in China had edited the genomes of two babies when they were single-cell embryos. (It subsequently emerged that a third baby with an edited genome had been born.)

While the scientist involved, He Jiankui, was widely condemned for conducting a premature and unethical experiment, and later fined and sentenced to jail, his first-in-humans experiment pushed the international community beyond a “germline editing — good or bad?” discussion to actively considering what it would take to justify its use.