Societal Debates About Emerging Genetic Technologies: Toward a Science of Public Engagement 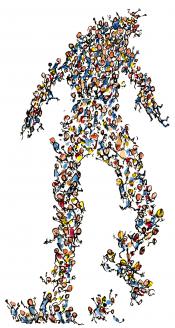 Societal debates about the applications of novel gene editing techniques like CRISPR in agriculture, wildlife, and humans have only rarely focused on questions that have correct or even factual answers. Of course, many discussions within the bench scientific community are focused on technical risks and benefits and the weighing of the latter against the former in the desire to develop climate- or pest-resistant crops (National Academies of Sciences, 2016) or therapies for devastating genetically-inherited diseases in humans (National Academy of Sciences & National Academy of Medicine, 2017).

While public debates are ideally informed by these scientific considerations, they are – by nature – much broader in scope. Gene drives developed to limit the spread of vector-borne illness carried by mosquitos, for instance, have raised concerns about the morality of “messing with nature” by editing the genome of living organisms for dominant traits, about creating imbalances in already fragile ecosystems, and about unintended and potentially irreversible long-term consequences for humans and nature (Brossard et al., 2019). At the same time, pesticides... see more

Last week, two women — Jennifer Doudna and Emmanuelle Charpentier — were awarded the Nobel Prize for their groundbreaking discovery of an enzyme system (CRISPR-Cas9) that can edit an organism’s genetic code with extreme precision. As the Nobel committee recognized, this...