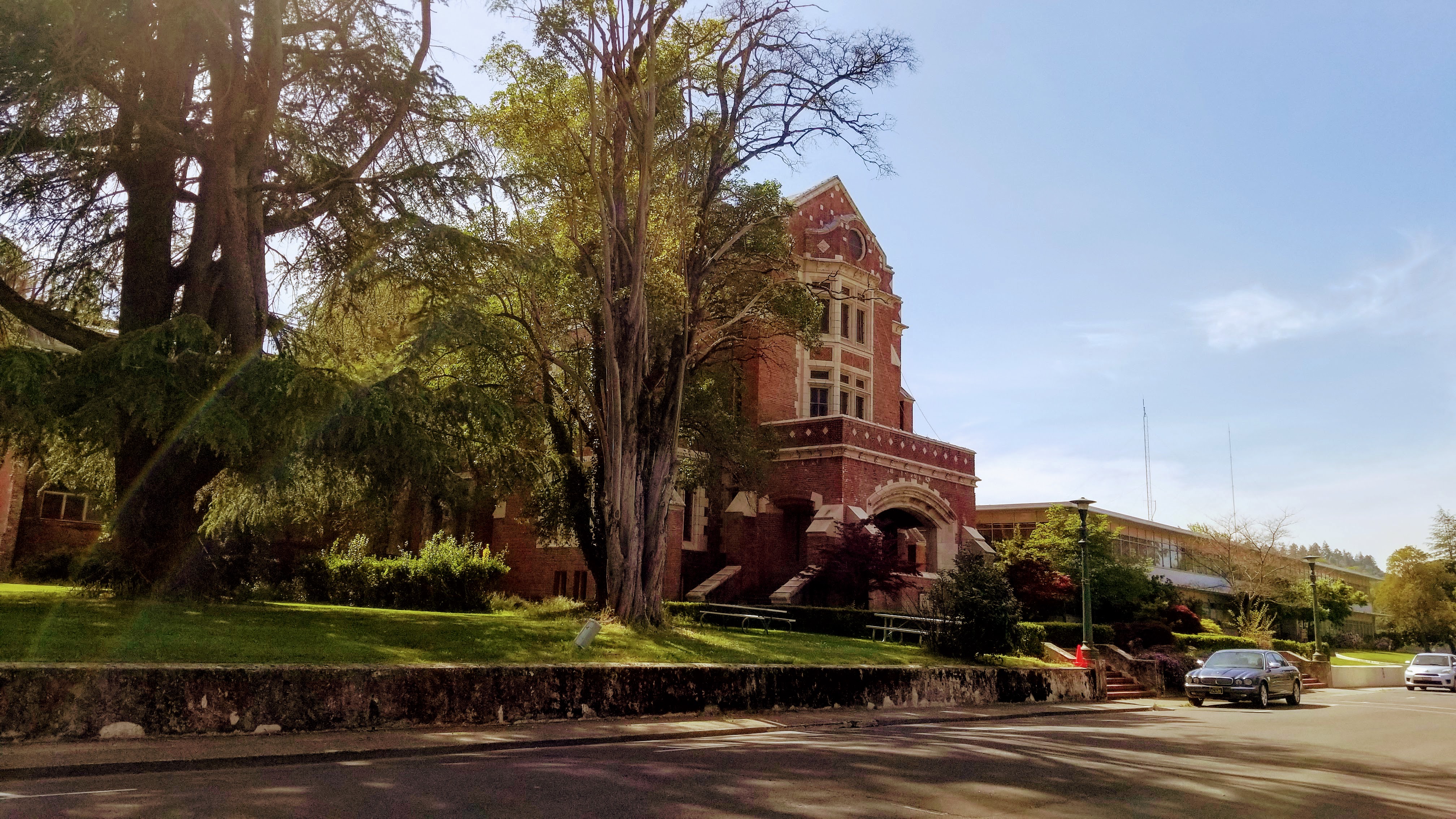 Photo of Sonoma Developmental Center
licensed for use under CC BY-SA 4.0 on WikiCommons

Beginning in the early 20th century, state law authorized involuntary sterilization of men and women — and, in practice, even children as young as 7 years old — deemed unfit to have children.

Before the law was finally repealed, about 20,000 people were sterilized.

More than a quarter of those procedures occurred at the Sonoma Developmental Center, a bucolic campus in rural Eldridge that was supposed to provide refuge for some of California’s most vulnerable residents. Instead, it became an industrial surgical center where many residents were mutilated.

“Available evidence suggests Sonoma was the busiest of America’s institutional sterilization centers, and possibly the world’s,” Barber wrote in an article on Sunday’s front page.

California allowed forced sterilization of the “feebleminded” and others considered unfit for parenthood. The practice was called “eugenics,” a pseudoscience whose proponents believed the human race could be improved by sterilizing... see more

By Emily Galpern | 11.17.2021
Biopolitical Times
The United States does not regulate surrogacy at a federal level, leaving each state to determine its own policies. The situations range from states with no laws that address surrogacy to those that prohibit it completely: some states have detailed legislation that addresses numerous aspects of surrogacy contracts...
Policies

A decade of progress in sequencing and in CRISPR/Cas technologies has created a situation without precedent in the history of medicine. Starting with an individual patient, next-generation sequencing can diagnose, in less than 24 h, the genetic basis of a...

In 2016, the Food and Drug Administration put the emerging stem cell cottage industry on notice. At the time, a few hundred clinics were peddling experimental stem cell therapies costing between $2,000 and $25,000 for conditions ranging from chronic...

Policies
© / A Project of the Tides Center 2021 All rights reserved.