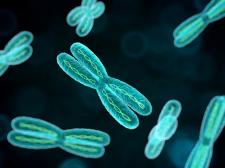 Scientists have developed a new line of stem cells—all derived from the same person—that can be used to study sex differences without the confounds of interpersonal genetic differences.

Human induced pluripotent stem cells (hiPSCs), which are cells taken from a person that are then reprogrammed to abandon their current roles and return to a stem cell–like state, have become valuable tools not only for therapeutic purposes but also for probing the genetic mechanisms underlying cell behavior and disease. However, findings drawn from stem cell studies may not be broadly applicable, as the fact that all cells in a given line share the same genetic sequence makes it difficult to generalize discoveries, especially when it comes to investigating potential sex differences.

That’s why a team of scientists led by Benjamin Reubinoff, an embryonic stem cell researcher at the Hadassah Medical Organization in Jerusalem, and MD-PhD student Ithai Waldhorn set out to create a new platform for studying genetic sex differences. As Reubinoff tells The Scientist, “The origin was really to generate a model for studying sex differences, given the... see more