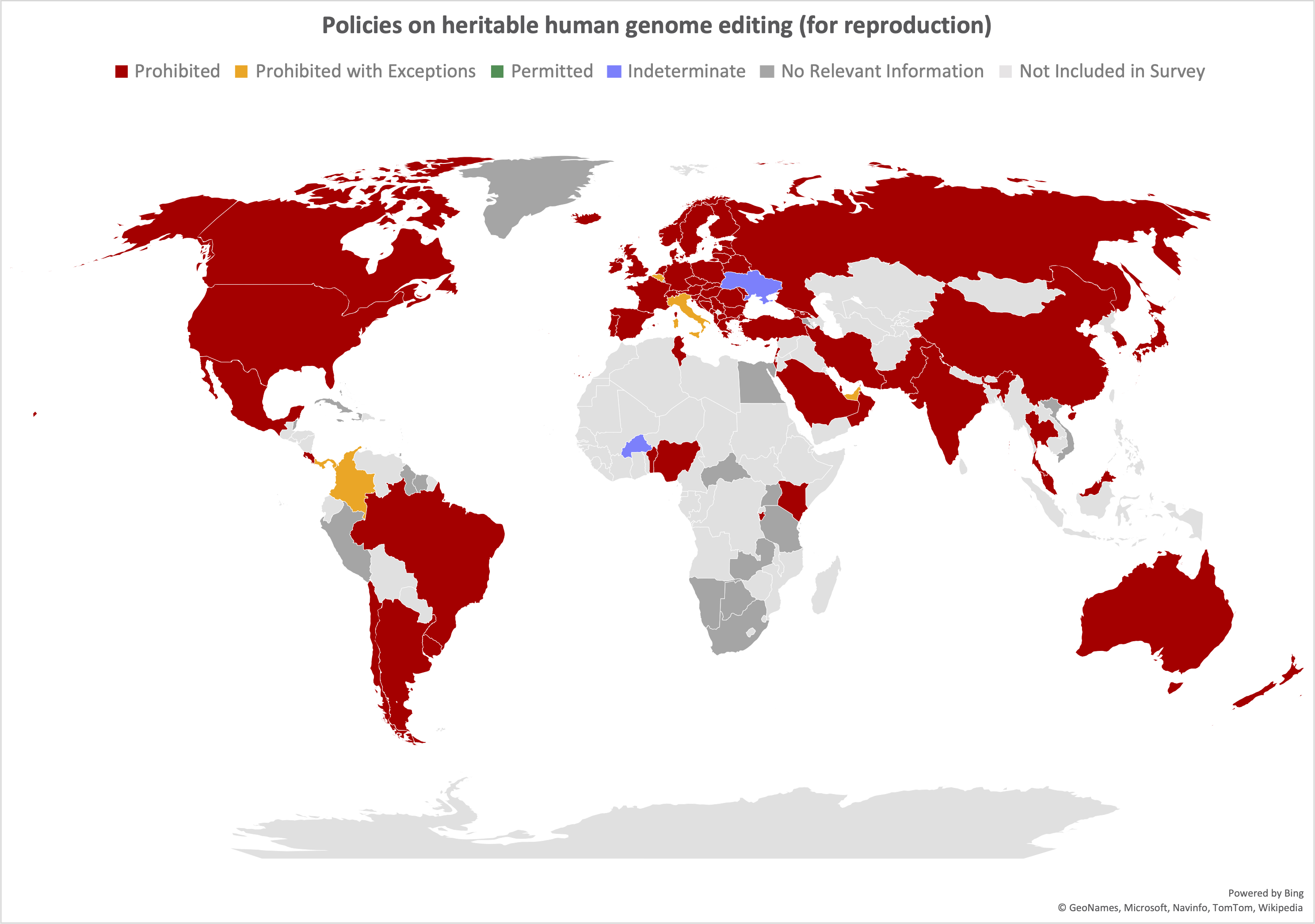 Discussions and debates about the governance of human germline and heritable genome editing should be informed by a clear and accurate understanding of the global policy landscape. This policy survey of 106 countries yields significant new data. A large majority of countries (96 out of 106) surveyed have policy documents—legislation, regulations, guidelines, codes, and international treaties—relevant to the use of genome editing to modify early-stage human embryos, gametes, or their precursor cells. Most of these 96 countries do not have policies that specifically address the use of genetically modified in vitro embryos in laboratory research (germline genome editing); of those that do, 23 prohibit this research and 11 explicitly permit it. Seventy-five of the 96 countries prohibit the use of genetically modified in vitro embryos to initiate a pregnancy (heritable genome editing). Five of these 75 countries provide exceptions to their prohibitions. No country explicitly permits heritable human genome editing. These data contrast markedly with previously reported findings.

Development of the CRISPR genome editing technology in 2012–131,2 intensified the decades-long controversy on the likely social... see more