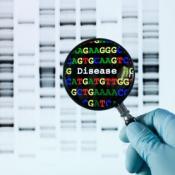 Commissioned by the Progress Educational Trust (PET), a fertility and genomics charity, the Ipsos poll found that 53% of people support the use of human genome editing to prevent children from developing serious conditions such as cystic fibrosis.

There was less enthusiasm for use of the procedure to prevent milder conditions such as asthma, with only 36% in favour, and to create designer babies, with only a fifth expressing support, but views on the technology differed dramatically with age.

Younger generations were far more in favour of designer babies than older people, with 38% of 16- to 24-year-olds and 31% of 25- to 34-year-olds supporting the use of gene editing to allow parents to choose features such as their child’s height and eye and hair colour.

In the UK and many other countries it is illegal to perform genome editing on embryos that are intended for pregnancies, but the restrictions could be lifted if research... see more