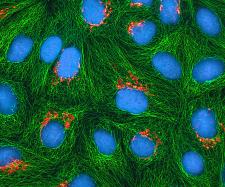 Family members of Henrietta Lacks filed a lawsuit Monday against the U.S. biotech giant Thermo Fisher Scientific accusing the company of “unjust enrichment” for making and selling products that relied on cells taken from her decades earlier without her consent.

The suit, filed at the U.S. District Courthouse in Baltimore, follows years of consideration by family members about how to remedy the treatment of Lacks and Black people generally in medicine and the related financial windfall for pharmaceutical companies.

The family said in July it had hired prominent civil rights attorney Ben Crump to explore lawsuits against as many as 100 defendants, mostly pharmaceutical companies, and possibly Johns Hopkins Hospital, where the so-called HeLa cells were taken.

“Black people have the... see more

Genetic testing for fun and profit is by now part of the consumer landscape. For less than $100, consumers can buy an interesting if dubiously accurate assessment of their ancestry. For more money, more data is supplied. Medical information may be included, although the consumer-oriented companies tend to be careful about those predictions. But the lavish media attention and advertising budgets of the direct-to-consumer genetic testing companies have normalized all types of genetic testing — many people expect gene...