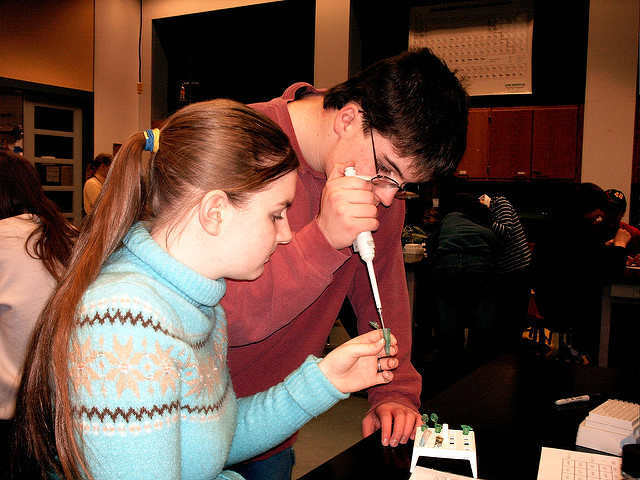 Kian Sadeghi has postponed homework assignments, sports practice and all the other demands of being a 17-year-old high-school junior for today. On a Saturday afternoon, he is in a lab learning how to use Crispr-Cas9, a gene-editing technique that has electrified scientists around the world—and sparked a widespread debate about its use.

Scientific breakthroughs often raise big ethical questions. Moral concerns around the 1996 cloning of Dolly the sheep or the 2000 announcement of a rough draft of the human genome still reverberate today. The public benefits from scientific advances, particularly in improving health. But some scientists say the power to alter the DNA of plants, animals or people, and the profound impact such changes may have on individuals and society, merits public discussion.

Crispr gene editing by amateurs and hobbyists brings an unusual set of challenges. Crispr-Cas9 is easier, faster and cheaper than previous gene-editing techniques. While that raises the prospect of people with nefarious intent gaining access, the greater concern with amateur enthusiasts... see more

This spring, the biotechnology company Oxitec plans to release genetically modified (GM) mosquitoes in the Florida Keys. Oxitec says its technology will combat dengue fever, a potentially life-threatening disease, and other mosquito-borne viruses — such as Zika — mainly transmitted by...

Photo by Darrell Fraser on Unsplash

For the first time, scientists have created embryos that are a mix of human and monkey cells.

The embryos, described Thursday in the journal Cell, were created in part to try to...