American Nobel Laureate Knew About Chinese Scientist Gene-Editing Babies, But Did Not Report Him, Emails Show 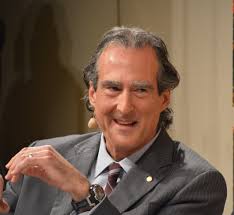 Long before the claim of the world’s first gene-edited babies became public, Chinese researcher He Jiankui shared the news with a U.S. Nobel laureate who objected to the experiment yet remained an adviser to He’s biotech company.

The revelation that another prominent scientist knew of the work, which was widely condemned when it was revealed, comes as scientists debate whether and how to alert troubling research, and the need for clearer guidelines.

Emails obtained by The Associated Press under a public records request show that Nobel Prize winner Craig Mello of the University of Massachusetts learned about the pregnancy last April from He in a message titled “Success!”

“I’m glad for you, but I’d rather not be kept in the loop on this,” Mello replied. “You are risking the health of the child you are editing … I just don’t see why you are doing this. I wish your patient the best of luck for a healthy pregnancy.”

Mello stayed on as a scientific adviser for He’s Direct Genomics company for eight more months, until December, just after news of... see more