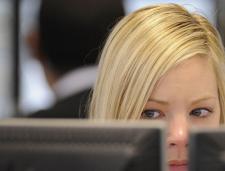 The decision by Facebook and Apple to offer their female employees a $20,000 benefit to freeze their eggs for later use with in vitro fertilization is ill-advised for numerous reasons, says the Center for Genetics and Society (CGS). These include the significant but under-studied risks of egg retrieval for women, and the dearth of evidence about potential long-term health risks to children born as a result of the egg-freezing process.

The firestorm of critical response to the companies’ new policy has focused on important concerns including the high failure rates of IVF, the pressure to defer childbearing that the policy represents, and Silicon Valley companies’ lack of attention to family-friendly workplace policies, including paid leave and schedule flexibility that would enable work-family balance.

So far, however, there has been little focus on a critical concern: egg retrieval poses serious health risks to women. “Getting your eggs frozen is neither a simple nor a safe procedure,” said Marcy Darnovsky, PhD, executive director of CGS. “Retrieving multiple eggs involves injections of powerful hormones, some of them used off-label and never approved for egg extraction. The short-term risks range from mild to very severe, and the long-term risks are uncertain because they haven’t been adequately studied – even though the fertility industry has been using these hormones for decades.”

The hormonal drugs used to hyper-stimulate ovary production can cause what is known as ovarian hyperstimulation syndrome (OHSS) in the short term. Mild cases of OHSS are characterized by nausea, bloating, and discomfort. Serious cases are relatively infrequent but can require hospitalization for complications including intra-abdominal bleeding, ovarian torsion, and severe pain. Deaths, fortunately rare, have been reported.

The severity and frequency of long-term risks, including infertility and cancer, are not well established because of inadequate follow-up studies of women who have undergone egg retrieval. The risks to children born from frozen eggs are also under-studied, although the chemicals used in the freezing process are known to be toxic.

Furthermore, encouraging egg freezing may commit more women to undergoing IVF, which has been linked to an increase in stillbirths, cesarean sections, preterm deliveries, multiple gestations, and higher rates of fetal anomalies.

Both the American College of Obstetricians and Gynecologists and the American Society for Reproductive Medicine have issued guidelines explicitly discouraging women from utilizing egg freezing for elective, non-medical reasons.

“Why are Facebook and Apple endorsing a technique that encourages their employees to put their health at risk?,” Darnovsky asked. “Paying for egg freezing is being presented as a benefit for women, but it may be that discouraging women from balancing work and family is really a benefit to the companies.”