"3-Person IVF" for Infertility Reported in Ukraine: A Race to the Bottom 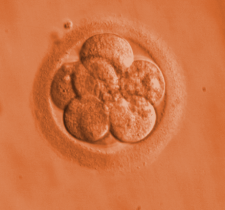 It was reported today that a fertility doctor working in Kiev, Ukraine is using highly controversial mitochondrial manipulation techniques for general infertility. [1]

This is the second time in three weeks that the British popular science magazine New Scientist has broken stories about fertility doctors conducting these experimental procedures ahead of peer review, and in anticipation of conference appearances. [2]

“We appear to be in a race to the bottom, with fertility doctors ignoring evidence that points to long-term safety risks associated with these embryo engineering techniques,” said Marcy Darnovsky, PhD, executive director of the Center for Genetics and Society, a public interest organization based in Berkeley, CA. “They are ignoring ongoing policy debates and conducting dangerous and socially fraught experiments on mothers and children. And they appear to be actively seeking a media splash on the way down.”

According to the unconfirmed article in New Scientist, Dr. Valery Zukin, director of the Nadiya Clinic for Reproductive Medicine [3], used pronuclear transfer, a variant of the techniques sometimes called “three-person IVF,” to initiate two ongoing pregnancies. Zukin claimed the women were being treated to overcome what he called “embryo arrest” – that is, for general infertility. He reports in the article that two babies are due in early 2017: one woman is 20 weeks pregnant with a fetus sexed female; another woman is 28 weeks with a fetus sexed male.

Pronuclear transfer (PNT) was approved in the UK in 2015 after a lengthy and contested debate, but only for treatment of inheritable mitochondrial DNA condition, and only to licensed clinics. To date, there has been no public acknowledgement that any such licenses have been granted. Mitochondrial manipulation techniques remain controversial both because of inadequate evidence of their safety, and because they produce “germline” or heritable modifications that raise serious social and ethical concerns.

“As many have predicted, allowing ‘3-person IVF’ for mitochondrial disease opens the door to widespread abuse by fertility clinics seeking to sell the latest IVF ‘upgrade’ to the largest possible customer base,” Darnovsky said. “Use of these biologically extreme procedures for infertility is based purely on speculation, yet it poses dire risks to future children and generations. This is the ugly face of commercial and status incentives driving unscientific human experimentation.”

The previous New Scientist story concerned John Zhang, a New York-based fertility doctor who claimed he used a different “3-person IVF” technique known as spindle nuclear transfer in Mexico in order to evade US regulations. Following that breaking story, reports of the live birth of a “3-parent baby” were circulated widely by the media.

“While popular science magazines play an important role in the scientific enterprise, they should not be considered the first stop for vetting biological, social, and political risks associated with experimental techniques – especially those that would permanently alter the human genome with cascading and unforeseeable effects,” Darnovsky stated. “These developments are another urgent sign that we need clear rules placing heritable human genetic modification off-limits on a national and international level.”

Valery Zukin and John Zhang are scheduled to speak at upcoming fertility industry conferences next week, one in New York City [4] and one in Salt Lake City [5].

“It would be a shame – and a disservice both to democratic governance and public trust in science – if these acts of irresponsible human experimentation translate into celebrity treatment for these rogue fertility doctors,” Darnovsky said.

[2] CGS comment on use of mitochondrial manipulation techniques by US scientists in Mexico http://www.geneticsandsociety.org/article.php?id=9697