Who Knew Genomics Could Be So Complicated? 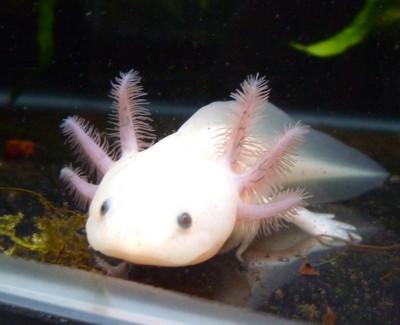 Many scientists seem to think that heritable human genetic modification is too far off to worry about. Others suggest it’s a mere decade or two away. Meanwhile, hopes that we’ll soon treat a range of diseases with gene therapies – non-heritable genetic alterations – are currently running high, notwithstanding recent unsettling developments and concerns about prices.

All in all, we’re still on the enthusiasm upswing in terms of expectations about human gene editing.  But several recent plant and animal studies may throw a dash of cold water on these hopes.

The following headlines, which all refer to peer-reviewed research published recently, are from the New York Times, in the first week of February, 2018:

The Smiling Axolotl Hides a Secret: A Giant Genome [Feb 1]

Sedate a Plant, and It Seems to Lose Consciousness. Is It Conscious? [Feb 2]

Many Animals Can Count, Some Better Than You [Feb 5]

The full implications of these studies will doubtless appear in due course, as scientists interpret these findings. But they should immediately dispel some common illusions:

Thinking of intelligence, the Times also printed an answer to a reader’s query about the brain power of an octopus (based on research published in 2015):

Other tidbits in the news of late include the discovery that many mutations previously thought to be deadly are harmless; that the genetics of earlobes is much more complicated than expected; and that ancient Britons had dark skin and curly hair … and those with pale skin probably migrated from the Middle East. (Not everyone is convinced: some Daily Mail readers suggest that “Cheddar Man” was a tourist, or that whites are more evolved.)

Finally, since the topic of cloning has reappeared:

This Mutant Crayfish Clones Itself, and It’s Taking Over Europe [Feb 5]

Marbled crayfish, the study reports, are an “evolutionarily very young species,” perhaps less than 25 years old, with over 21,000 genes on 276 chromosomes. (As a reminder, humans have roughly 20,000 genes – precision still eludes us – and 46 chromosomes.) Speciation in modern times is of course interesting, as surgeons sometimes say. At a minimum, this reminds us that evolution continues.

And, of course, that we fiddle with our own genomes at some peril.