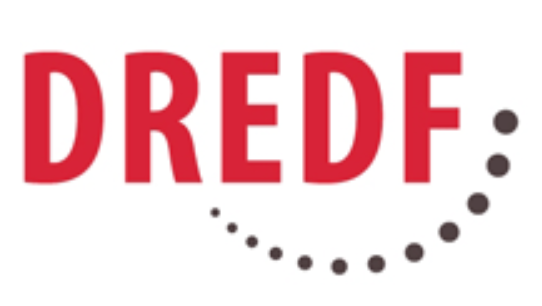 Why is an organization committed to increasing accessible and equally effective healthcare for people with disabilities asking California Governor Newsom to veto AB 922, a bill that expands the research market for women’s eggs? The opposition of the Disability Rights Education and Defense Fund (DREDF) lies, in part, in the painful understanding that people with disabilities have a complex relationship with genetic testing and research. This bill will not improve health disparities that affect the lives of people with disabilities and may, in fact, worsen them. DREDF’s opposition also stems from flaws in the bill’s internal logic, its focus on informed consent as a formula rather than genuine concern with women’s health, and its inattention to preventing the exploitation of economically marginalized women.

Disability, and particularly the avoidance of it, is often raised as the motivation for biotechnology research with little regard for how people with disabilities, individually or collectively, feel about being “fixed” or cured. Similarly, genetic testing and engineering, including the potential for inheritable germline genetic engineering, has profound implications for the disability community and persons who currently live with the very conditions that are marked for eradication. DREDF has recently investigated the myriad ways in which large commercial interests influence how individuals and families make “informed” decisions about whether and how to have genetic testing and what to do with test results. Increasing oocyte availability for commercial biotechnology research is likely to bolster genetic marketing that already portrays disability as an unmitigated social and economic harm.

Moreover, from its title “Reproductive Health and Research: Oocyte Procurement,” to the language in the bill, AB 922 readily conflates women’s reproductive health interests with the interests of biotechnology research. The text makes a troubling leap in logic from an express goal to “expand existing protections for research participants undergoing oocyte retrieval for medical research or medical therapy purposes” to a final action that merely “repeals the ban on compensation for individuals providing human oocytes for medical research.” Women who sell their eggs must undergo an intense series of hormone injections to stimulate egg production prior to extraction. DREDF questions how a bill that professes concern for women neither mandates nor funds needed research on the short-term and long-term health risks to individuals undergoing ovarian stimulation and egg retrieval? Instead, the bill merely requires such individuals to be given a written statement that ongoing studies on long-term health effects “are necessary.”

In 2006, a California law limited researchers’ payments for eggs to reimbursement of women’s expenses. In the intervening 13 years, the biotechnology industry has undertaken almost no objective scientific or medical study into the serious complications experienced by some egg donors for reproductive purposes. There has been limited research into the health impact of in vitro fertilization on women who are undergoing egg stimulation procedures for their own pregnancies, but the demographic, physical, and cultural differences between these two populations may mean that research findings cannot be easily transferred between them.

The demographics of the primarily low-income women of color and immigrant women who are most likely to be affected by an “undue incentive” to undergo egg retrieval for monetary compensation are also of concern. To be clear, DREDF is not concerned—and is not implying—that such women inherently have less capacity or ability to make informed decisions about their bodies. Our concern is the degree to which history is filled with the repeated evasion of informed consent by institutions that have medically abused poor, immigrant women and men of color.

AB 922 has implications beyond California. It directly conflicts with the National Academy of Sciences’ 2010 Guidelines, which affirm that “no cash or in-kind payments should be provided for donating oocytes for research purposes.” Our current laws, for good reason, require the same standards for researchers funded by the California Institute for Regenerative Medicine.

AB 922 marks a change in our state law without bringing any additional evidence that oocyte retrieval is safe for the women and communities most directly affected. Instead, the proposed bill merely asserts there is no evidence that women are being exploited in states where compensation is allowed without any context to indicate whether other states collect or seek such evidence.

California has the opportunity to become a leading example of how biotechnology can thrive with policies that ethically protect the health of women and advance social justice for all persons. Passing AB 922 will turn our back on this opportunity.

Silvia Yee is the Senior Staff Attorney with Disability Rights Education and Defense Fund (DREDF), a national disability law and policy center that protects and advances the civil and human rights of people with disabilities through legal advocacy, training, education, and development of legislation and public policy.

Editor's note: The original version of this article incorrectly stated that the California state Constitution requires researchers funded by the California Institute for Regenerative Medicine to adhere to the National Academy of Sciences’ 2010 Guidelines, which affirm that “no cash or in-kind payments should be provided for donating oocytes for research purposes." In fact, prohibition on compensation falls within the statutory (not Constitutional) amendments to the Health and Safety Code enacted with the passage of Proposition 71 in 2004.