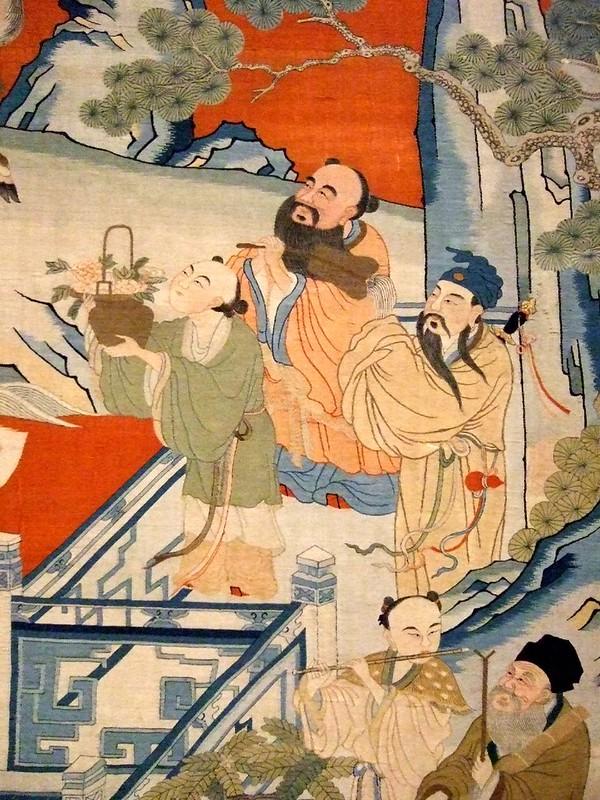 Immortality is having a media moment, for various bad reasons. The most salacious is due to the notorious Aubrey de Grey, fired from the institute he co-founded; the more important explanations are connected to media fascination with several of the world’s wealthiest people who hope to live forever. Among the articles published recently:

At least four of the ten richest humans alive, according to Forbes, have put significant money into the search for immortality — Amazon’s Jeff Bezos, Oracle’s Larry Ellison, and Google’s founders Larry Page and Sergey Brin.

So have other moguls, notably including Peter Thiel, who is ranked 574th ($4.9 billion) of the 2674 billionaires in the world. A recent biography, The Contrarian: Peter Thiel and Silicon Valley’s Pursuit of Power, has drawn reviews in The Atlantic, which focuses on Thiel’s Trumpist tendencies, and in The New York Times, which notes his interest in cryonics and survivalism.

However, neither review mentions his claim that “death is a problem that can be solved” or his early funding of life extension research. Thiel has long been interested in the concept of parabiosis treatments, specifically injections of “young blood.” He is thought to have invested in the blood transfusion start-up Ambrosia, which after a warning from the FDA adopted an under-stated marketing approach that doesn’t mention immortality or rejuvenation. Thiel helped fund Cynthia Kenyon, a mainstream biogerontologist now working at Calico, which was launched with Google money; he was also an early sponsor of Aubrey de Grey’s Methuselah Foundation.

Journalists and their editors clearly find immortality fascinating, and have for years. For instance, the “quest to live forever” featured in The New Yorker in 2017. The New York Times solemnly discussed the state of play in 2011. The International Herald Tribune assessed the “yearning to transcend biology” in 2006, and those are only a few of the less gossipy pieces. CGS, with a decidedly less enthusiastic point of view, has discussed immortality and its boosters two dozen times since 2007; a personal favorite discussed the launch of Calico in 2013 under the headline “Google vs Death? Really?”

What these guys want (the principals are almost all male) is obvious: They want it all, they want it now, and they want it forever. There’s a hitch, of course. The goal of permanent life or even permanent youth — enabled by little machines crawling around in your blood fixing things as they go wrong — is very likely impossible. In any case it does not appear close at hand. The Buck Institute, which prides itself on being “the world’s only research institution singularly focused on the biology of aging” (some may dispute this!) put out a press release on September 7 of this year, headlined:

Even some promising medical developments, such as gene therapy for relatively simple conditions, are still uncertain and prohibitively expensive for all but the very well-off and well-insured. Which leads us to the social implications of the near-term plans and unlikely dreams of the techno-rich, beginning with the obvious: Inequality is already so bad that it’s hurting the economy (oh, no, not that!).

(This may be part of the reason these heroes spend so much money on security — e.g., $23 million for Zuckerberg. Not to mention private concerts by the Rolling Stones for 300 of their closest friends.)

They could of course spend vastly more on benefiting society. And a few are trying, in their own wealthy way. Marc Lore, despite his modest net worth of $500 million (though journalists like to call him a billionaire), is planning to build a “city of the future” somewhere in the American southwest, mostly with other people’s money. There the individual and community will work together, as the City of Telosa twitter account helpfully explains. The website provides a little more detail but not much. How it will relate, if at all, to the rest of the country (let alone world) is unclear.

Jeff Bezos has seen the light, or actually the earth. He used to say he would be “converting my Amazon winnings into space travel,” and just this past summer did actually take a 10-minute flight with four minutes of free fall. But when he looked down on the planet from space — and how many of us can say that? — he suddenly realized “just how fragile the Earth was” and committed $1 bn (say it like Dr. Evil: one beeell-ye-on dollars) to conservation projects. A little perspective is in order: One billion dollars is roughly 0.5% of his fortune, though to be fair his total environmental philanthropy is now $10 billion. Lately his net worth has been growing by more than $1 billion every month (July 2020, $179 billion; Sept 2021, $196 billion). Unlike most of us, giving away a month’s income is in fact negligible for Bezos.

Without going into the sordid details that led to Aubrey de Grey’s public disgrace, which surprised few who knew him, we should acknowledge that he did put his money where his mouth is: He had worked on immortality research and fundraising long before he inherited money, and donated $13 million of his $16.5 million legacy to the SENS Research Foundation (which paid him a lot less than four other full-time employees, $71,000 in 2018). If Bezos were to donate a similar proportion of his winnings to science, he would still have about $42 billion, good for 33rd on the rich list, and research would benefit to the tune of $154 billion.

That would be the equivalent of almost four years of NIH research funding. The NIH would likely spend that money on medical research – even on work that promotes health equity – rather than dreams of immortality that might, perhaps, someday, maybe, spin off something useful.