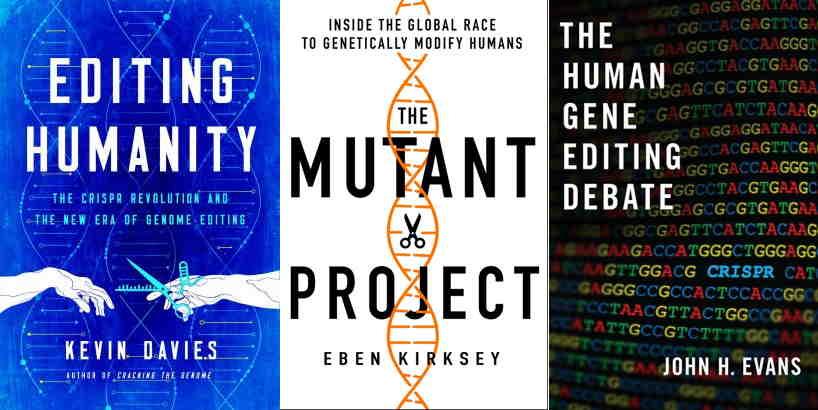 Several titles have caught our attention lately, three published in the past few weeks and two more announced for early 2021.

Unsurprisingly, most of these new books lead with a focus on the Chinese scientist He Jiankui, who has become something of a pantomime villain. This high drama approach is no doubt effective as a narrative hook, and it highlights one set of problems we face. But does it obscure what’s fundamentally at stake in the debate about heritable genome editing? Does it distract from issues of policy and values; of individual and collective responsibility; of authority and regulation in a multinational world with many intersecting and sometimes conflicting interests?

All these books seem very much worth reading. It will be interesting to do so with those questions in mind.