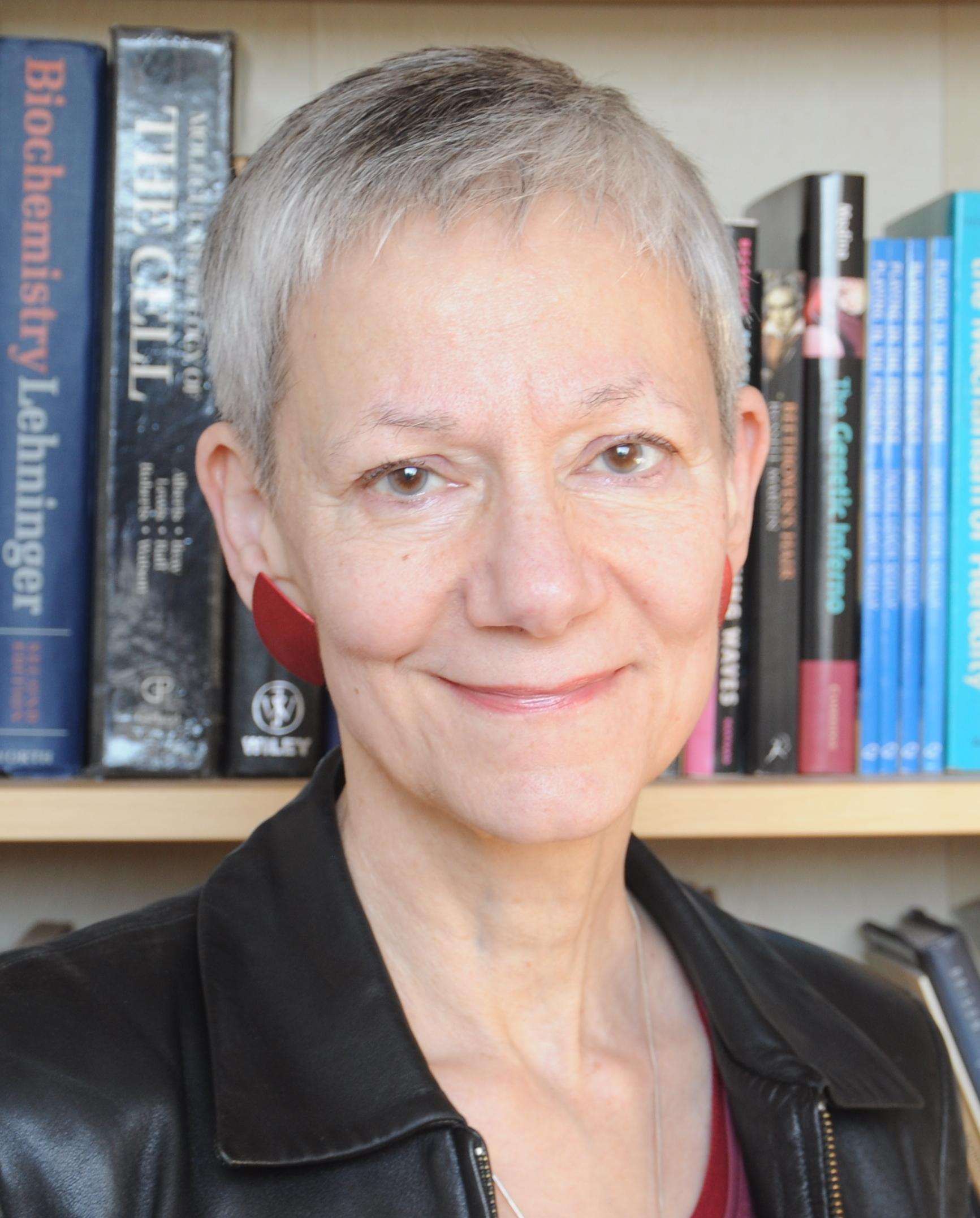 Jackie Leach Scully is Professor of Bioethics and Director of the Disability Innovation Institute, University of New South Wales, Sydney, Australia. When news broke that Denis Rebrikov was planning to use CRISPR to edit a hereditary mutation that leads to deafness, CGS asked her to share her perspective on this development as a scholar in the disability rights community. You can read more from Professor Scully on the topic of Rebrikov’s proposed experiment here.

What was your reaction to the news that Rebrikov’s focus has shifted from HIV to preventing deafness?

This shift in focus is worrying for a number of reasons. We’d probably all agree that HIV infection is a serious condition, but we would not agree that there’s no other way of avoiding infection or of managing it clinically. That was part of the reason He Jiankui was so strongly criticized last year.

Rebrikov’s shift to targeting deafness rather than HIV infection, therefore, looks instrumental, i.e., done in response to the argument that it is irresponsible to use [heritable genome editing (HGE)] if there are other preventative treatments available. He wants to work with couples who both have a recessive form of genetic deafness, which means that standard methods of prenatal or preimplantation genetic diagnosis would not be of any use to them. This allows him to argue that genome editing is the only way these couples can have genetically related children and avoid those children having inherited deafness if that’s what they want to do.

From the reports so far, there has been little-to-no discussion in the press or in scientific circles about whether deafness can be called a ‘serious’ condition. We know that there is a huge range of opinion on this question among both deaf and hearing people. Many members of the signing Deaf community do not consider themselves to be disabled; they consider deafness an embodiment that’s not the average one but nevertheless well within the boundaries of normal human variation. Other deaf people think of deafness as an impairment or disability, but not one that prevents a person having a good and fulfilling life – and certainly not so damaging as to justify using a technology that’s still experimental and potentially unsafe.

What do you make of the meager response to Rebrikov’s claims about preventing deafness?

The lack of questioning about this highlights one of my concerns, that the move from HIV to deafness obscures the fact that they are very different conditions: one caused by an infection while the other is inherited and present from birth. One is an acknowledged illness, the other something that, for some people at least, is an identity with its own community. The shift implies that HIV infection and deafness are similar enough to be treated similarly; I’m concerned that this will reinforce the idea that deafness is as life-limiting—as ‘serious’—as untreated HIV infection. This false equivalency could undo a lot of the progress that’s been made in recent years in terms of inclusion and acceptance of deaf people in society as a whole.

In your estimation, what can we learn from Rebrikov about the realities of trying to limit the uses of heritable genome editing?

One thing to learn is there is an urgent need for international agreement on controls. Establishing such controls will require agreeing on a process and timetable for developing a framework of international regulation and enforcement. The idea of a moratorium has been criticized as impossible to enforce, but I would argue that it is more feasible to get wide agreement on the need for a pause than it would be to agree on specific regulatory frameworks. If countries with advanced biotech industries were to agree to a moratorium, that would help establish a general condemnation of irresponsible renegades pushing ahead to further their own agendas, even if it couldn’t prevent them.

What responsibilities do doctors have to avoid misleading or exploiting potential parents? Does the experimental nature of using CRISPR technology in humans change the nature of that responsibility in your view?

In all circumstances, doctors are required to inform patients (or parents or research participants) adequately enough that they are able to make decisions about treatment or taking part in research that are in their best interests. Not misleading or exploiting potential parents is a fundamental ethical and legal requirement. With CRISPR technology, that means being transparent about the likelihood of success and risks to individuals and families, including potential societal effects. Especially with technologies like CRISPR that attract so much media attention, the risk of exploitation, of the patients’ needs becoming subordinate to the demands of the researcher’s ego, is very high.

You make the observation that our ideas about disability—even when they come from lived experience—are “specific to a particular community, context, and time” and that these factors may differ for future generations. How does this observation influence your thinking about the prospect of using heritable genome editing to prevent deafness—or any disability—in future generations?

There is no universally ‘correct’ way to think about disability. People’s experiences differ, and societies’ understanding of disability, equality, and justice has also changed radically over time. For example, it’s been reported (although without any detail so we can’t tell how accurate it is) that the parents Rebrikov has supposedly recruited are themselves deaf but keen not to have deaf children. We can’t judge those parents’ reported decision as wrong, but we can wonder about the strength of the signing Deaf community in Russia and whether it’s possible that stigmatization and prejudice make life harder there than it might be somewhere with a more inclusive culture. Many of us think that a better solution to this ‘problem’ might be to change society rather than the genome. As this shows, ideas about what’s normal and what’s abnormal or disabled are highly contextual.

Scientific knowledge is also part of the context. Genetic knowledge is developing. There is increasing evidence that interactions between genes are complex and unpredictable, with examples of genetic anomalies that are apparently only harmful but turn out to have hidden beneficial effects. It’s possible that as time goes on we’ll become more cautious about assuming that removing disability-associated genes has only the intended beneficial effect.

Since only a minority of disability is genetic, even if genome editing eventually becomes a safe and routine technology it won’t eradicate disability. The concern then would be about the social effects of HGE for people with non-genetic disabilities, and the context that such changes would create for them. It’s a particular issue for deaf people: It’s now widely recognized that deaf families have played a major part in the continuity of Deaf culture, ensuring that there is a supportive, multi-generational Deaf community that can support children with hearing impairment who don’t come from Deaf families. Eradicating heritable deafness might not destroy the Deaf community entirely, but it is likely to change its character and the Deaf identity. We can’t predict what these changes will look like, but it’s important that we consider the range of potential consequences. The same goes for other disabilities, even though the implications will be different.

What kinds of conversations are happening now in Deaf communities and the disability community generally about heritable gene editing?

My impression is that there is a lot of anxiety but not much knowledge. The general public, including the disability and Deaf communities, have been talking about ‘genetic engineering’ for several decades now; the more speculative scenarios have never moved beyond the realm of science fiction, so some sense of urgency has gone. It’s crucial for Deaf and disabled people to recognize that the situation today is different: HGE, if it works, could be a real game-changer. We’re now beyond the stage of registering disquiet about something that’s far off in the future.

What role would you like to see these communities play in broader societal discussions about heritable genome editing? How can that be accomplished?

Almost every statement or report that has been published has called for public involvement in the discussion about the future of HGE, variously described, e.g., “...broad ongoing participation and input by the public should precede consideration of any clinical trials of heritable germline genome editing” (Human Genome Editing: Science, Ethics, Governance, 2017); “…meaningful and substantial public engagement…” (Hinxton Group Statement, 2015); “…broad and inclusive societal debate…” (Nuffield Council Report, 2018). ‘Inclusive’ here also indicates the involvement of the disabled and Deaf communities, and there is at least some recognition that, as the groups most directly affected, their voices should be heard.

There’s been much less thought given to the practical and political barriers to achieving inclusion. So far, we have not taken disability access into account. How can we equip laypeople with technical knowledge so they can engage in discussion on something more like a level playing field? Is information available in different formats? Are meetings held in accessible buildings? If held online, can people with different access needs take part? How are people being contacted? If community groups are involved, do they represent disabled or Deaf people?

There needs to be open acknowledgment that disabled and Deaf inclusion will require significant time and resources. It’s great to say inclusion is essential, but who is going to pay for it? Beyond that, we need to think about how disabled and Deaf people’s views, once expressed, can genuinely inform the overall societal discussion and, eventually, contribute to policy and regulation. That will require their views to be taken seriously, and I’m not convinced that disabled people’s views are universally given that level of credibility.

While it’s important to have disabled representation on the bodies that make policy about HGE, it’s equally vital that Deaf and disabled communities play a visible role in public discussion and the shaping of public opinion. I mentioned earlier about the importance of context to understanding the Rebrikov situation. Contexts are changed through discourse and also challenging discourse. Public discussion of HGE could be used to open up a broader, more thoughtful consideration of Deafness, disability, and human difference.

This interview has been edited for length and clarity. For more on human genome editing and disability rights, visit our web package.