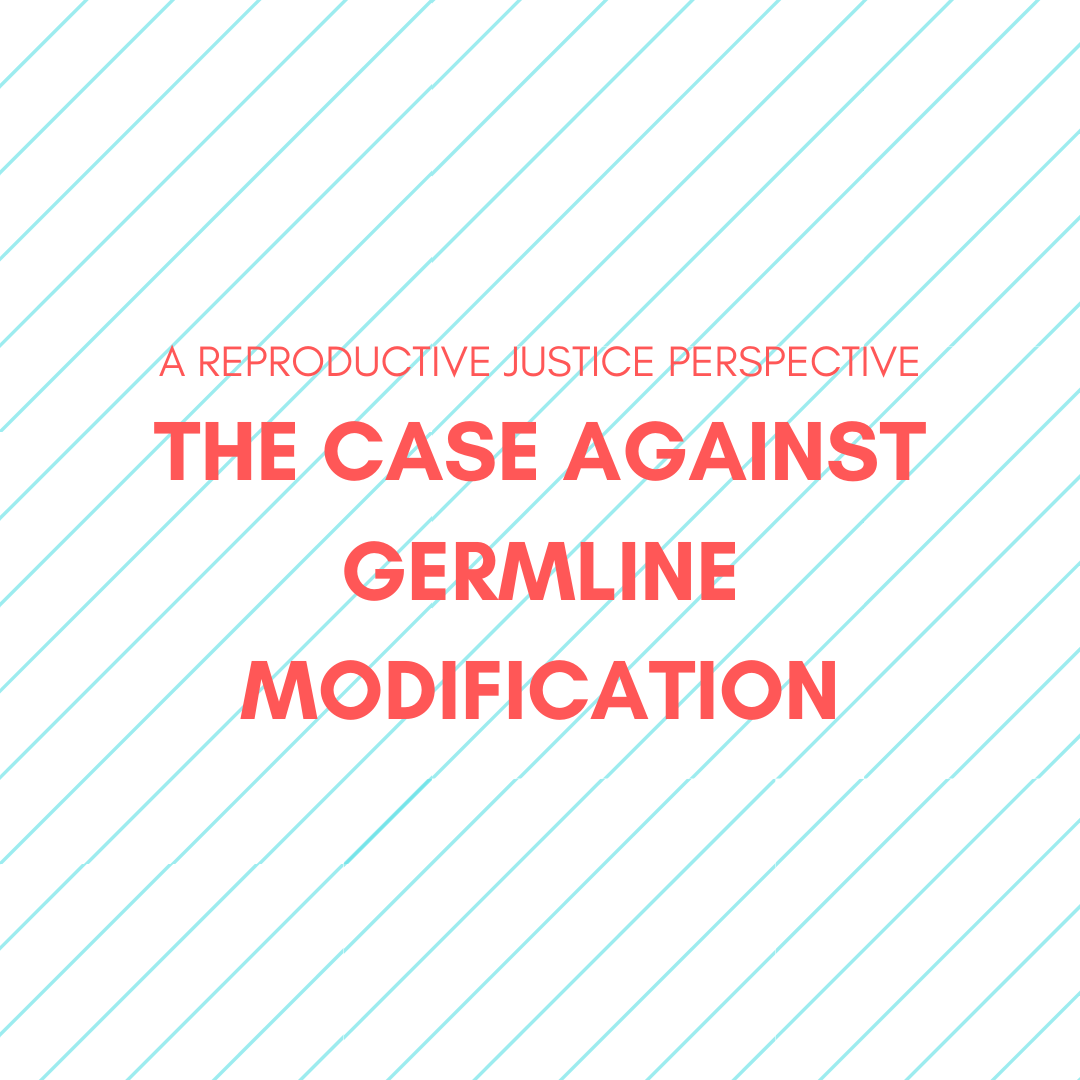 Most media accounts and scientific debates ignore the fact that germline modification would likely exacerbate reproductive, racial, and disability injustice. The reproductive justice movement is rooted in an understanding of how people’s lives are affected by the multiple contexts in which they live and the ways intersecting oppressions affect people’s reproductive lives. Thus, reproductive justice advocates are uniquely positioned to change the conversation about germline editing in mainstream media, public conversation, and policymaking.

Change-making strategies identified in the new materials include: a call for political, economic, and social transformation rather than technological fixes; challenging the advance of a high-tech eugenic future in which some people’s genes are deemed more valuable than others’; and challenging ableist assumptions in discussions about the prospect of germline modification.

You can learn more about germline modification (also known as heritable genome editing or gene editing for reproduction) here.