Grassroots activism and social justice advocacy are more effective when there are allies among the elite. That’s looking a little more plausible nowadays.
By Pete Shanks | 02.10.2020
Biopolitical Times 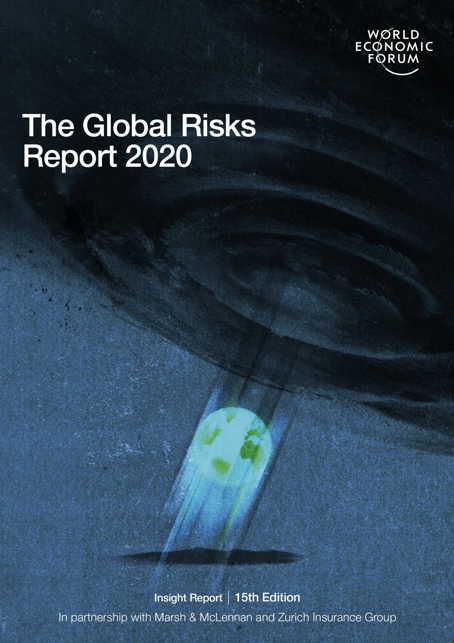 Heritable human gene editing is drawing attention at the very highest levels of global power. The Global Risks Report, prepared for this year’s World Economic Forum (WEF) at Davos, added elite recognition to the alarms that CGS and many others have been sounding, and echoed some of our language (p. 79, emphasis added):

As people’s expectations rise, unequal access to better therapies could deepen health inequalities within and across countries, eroding trust in health systems and societal cohesion. In the longer run, if (or when) gene-editing technologies become available to enhance physical, cognitive or behavioural capabilities, these could result in a society of genetically enhanced haves and the merely natural have-nots.

The report went on to consider an important practical issue in the shorter term:

Personalized risk assessment could lead to rewards and incentives for people to live healthier lifestyles, but if unchecked by regulation, it could also potentially put insurance beyond the reach of people judged to be higher risk for genetic, environmental or behavioural reasons.

Incidentally, the WEF report on the Davos meeting also noted that Oxfam’s release of the Time to Care report, which focuses on economic inequality, made them “one of the most retweeted influencers on Wednesday.”

The WEF is not alone among groups of elites who are coming to see heritable human gene editing as a major issue. Morgan Stanley Wealth Management included gene editing in its latest annual list of geopolitical risks looming over markets:

10. Gene editing goes wrong
While we are big proponents of medical technology and particularly the genetic revolution, this also introduces new risks. At the individual level, there is no way of knowing how such early manipulation could impact childhood development. At the macro level, edits to germline genes are eventually passed on to offspring, meaning any modifications could result in changes to the human species.

Bill Gates was a bit ahead of the curve at the end of 2018, calling for much more widespread debate about gene editing, which he said: “could make inequity worse, especially if it is available only for wealthy people.” For that matter, Al Gore was on the case in 2013. In the book he released that year, The Future: Six Drivers of Global Change, he warned about the “new capability to change the being in human being” and called for “safeguards against unwise permanent alterations in the human gene pool.”

And of course, the redoubtable Bill McKibben, of whom the elite are certainly aware, wrote Enough: Staying Human in an Engineered Age as long ago as 2003, which was both “a celebration of what it means to be human, and a warning.” His most recent book, Falter: Has the Human Game Begun to Play Itself Out? (2019), presses the case against heritable genome editing and links it, ideologically and politically, to the looming climate crisis. In a fascinating discussion with john a. powell last October in Berkeley (co-organized by the Center for Genetics and Society), McKibben came up with a most memorable line, imagining parents of one genetically enhanced child who decide they want a second:

Well, science marches on. Your $5,000 buys you a good deal more this time around, right? Some more of whatever it is. Well, what’s your first child now? Your first child is an iPhone 6.

Grassroots activism and social justice advocacy are more effective when there are allies among the elite. That’s looking a little more plausible nowadays.