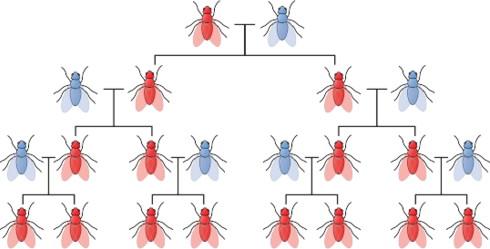 The much-touted techno-fix to the problem of invasive species is not ready for use, and not close. In rough outline, the concept is to modify the genes of a few unwanted creatures (say, mosquitoes) to be infertile and then “drive” those genes through the population, which would therefore go locally extinct.

The researcher most closely associated with this idea is Kevin Esvelt, who now directs the Sculpting Evolution group at the MIT Media Lab. To his credit, he has been extremely active in public engagement, insisting that consensus of local communities must precede any release of gene drive. But now, according to the New York Times:

“I feel like I’ve blown it,” Dr. Esvelt, now an assistant professor at M.I.T., said in an interview. Championing the notion was “an embarrassing mistake.”

Esvelt and colleagues, including George Church, the prominent Harvard professor, rushed out a preprint of a paper (not yet peer reviewed, but they are the world experts) that demonstrates that gene drive is much more invasive than expected, and likely to spread farther than intended. The abstract concludes:

Contrary to the National Academies report on gene drive, our results suggest that standard drive systems should not be developed nor field-tested in regions harboring the host organism.

This is a rare instance of notable scientists changing their minds and suggesting that a technology they invented should not be deployed. At least for now. But gene drive is not going away. The New York Times headline was somewhat misleading:

‘Gene Drives’ Are Too Risky for Field Trials, Scientists Say

Several reputable publications echoed that sentiment in their coverage. But Science News had it right

Current CRISPR gene drives are too strong for outdoor use, studies warn

Esvelt and Neil Gemmell, a New Zealand-based professor who hopes to put gene drives to use there, simultaneously published a piece in PLoS that focused on the ethics and proper regulation of gene drive. Its title:

They do conclude that the technology is inappropriate for invasive species. They suggest, however, that they might be wrong; and that there may be ways to harness the technology. Gizmodo published an excellent article by Kristen Brown, who interviewed both authors. Gemmel is quoted as saying:

“I think some of my colleagues think we just shot them in the foot. We’re still excited about what gene drive has to offer. But the tools we have right now are not optimal. We need something you can turn on and off or has a finite life.”

But the headline hints at a darker possibility:

Genetically Engineering the Natural World, It Turns Out, Could Be a Disaster

Using genetically-edited cells to supercharge the immune system caused no adverse effects in cancer patients. It's too soon to tell if it can be a cure.
Synthetic Biology

The California Stem Cell Program's $5.5-Billion Funding Request Might Be Its Downfall

Having effectively come to the end of its original state funding, CIRM is about to ask for more. An initiative aimed for the November 2020 ballot would renew the program with a new bond issue of $5.5 billion.
Stem Cells

Two Pigs Engineered to Have Monkey Cells Born in China

The ultimate aim of the work is to grow human organs in animals for transplantation. But the results show there is still a long way to go to achieve this.
Animal Biotechnologies

By Pete Shanks | 12.11.2019
Biopolitical Times
Cumulative evidence suggests a dangerous technophilia that seems to blind Church to the fact that he repeatedly promotes eugenics.
Animal Biotechnologies
© Center for Genetics and Society / A Project of the Tides Center 2020 All rights reserved.