“The Eugenics Crusade” on PBS

PBS has produced a documentary and website about the 20th-century eugenics movement in the United States, which is a valuable, if flawed, resource.
By Pete Shanks | 11.07.2018
Biopolitical Times 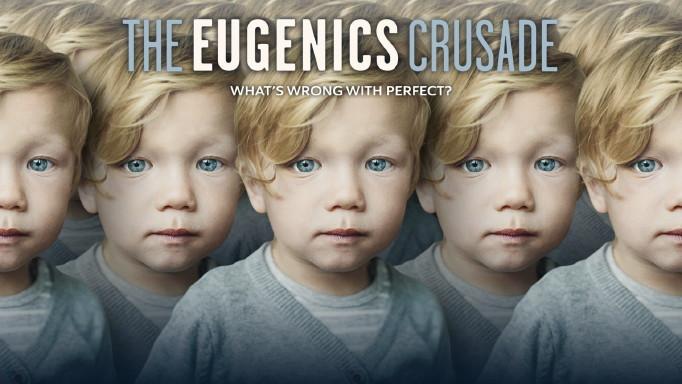 As part of the American Experience series, PBS has produced a documentary and website about the 20th-century eugenics movement in the United States. The Eugenics Crusade was broadcast on October 16, and remains available on the web, along with eight features of varying types. The result is a valuable, if flawed, resource.

Far too few people know much about the history of eugenics, and this project will help to rectify that if it attracts the audience it deserves. The film includes excellent archival footage and the narration is interspersed with comments from a dozen experts (three of whom have appeared on Talking Biopolitics webinars for the Center for Genetics and Society). The online features add different, necessary context, including an important Latino perspective, a deeper dive into the changing norms of the American family, and a discussion of both eugenics and modern prenatal genetic screening in the context of disability rights.

There are some unfortunate choices in the film itself. One that rapidly becomes obvious is that two-thirds of the experts are men (as is the narrator), and they make more than 80% of the comments. This seems more than a little odd, given that the story of eugenics is one in which race, gender, and class all feature so importantly – and especially since the writer/director and about half the crew were women.

Perhaps they were unwilling to trust their audience. The movie is framed by the startling but unique tale of a very rich girl whose mother had her sterilized without her knowledge or consent, allegedly in order to control her inheritance. Ann Cooper Hewitt was far from a representative victim of eugenic sterilization. There really is no single stereotype, not even Carrie Buck, who was deliberately selected to be emblematic of “generations of imbeciles,” as the film shows. (The website has more, including audio of an interview with her.)

Many of those abused under the banner of eugenics were people of color; and many were Europeans who were not sterilized but simply banned from the country. The restrictive immigration acts of the 1920s were explicitly intended to be eugenic. They were bolstered by an absurd perversion of science, in the form of ridiculously biased “intelligence tests” and predictions of criminality based on ethnic origin. Many stories and images are there in the film – that’s a great strength – but too often it moves away from both individual tragedies and specifically oppressive legislation into sociological abstractions.

It is understandable that the producers wanted a narrative to carry the viewer along. But most of the first half-hour follows the efforts of biologist and eugenicist Charles Davenport to investigate “the mystery of evolution,” inspired and assisted by Francis Galton, the British statistician who invented the term eugenics and intended to improve the human race by scientific means. This is almost presented as a scientific hero story – but with a narrative of failure at the end. Science is hard!

The assumption that the makers of the film seem to have had is that we all know that eugenics is bad and that the political consequences of that were awful, up to and definitely including the Holocaust. But have they not been following the news? 21st-century racists are increasing in boldness and perhaps in numbers; they seem all too likely to attempt to apply increased scientific knowledge to the same appalling ends. The justification: “We know so much more now!” People, however, for better and worse, have not changed.

The filmmakers are certainly well-meaning, but their production would have been much stronger had they situated the history of eugenics more clearly within the evident need today that we learn from the past.

The film has a subtitle: What’s Wrong with Perfect? In my opinion, that’s a fine question to ask, but one that in this project is never adequately answered.