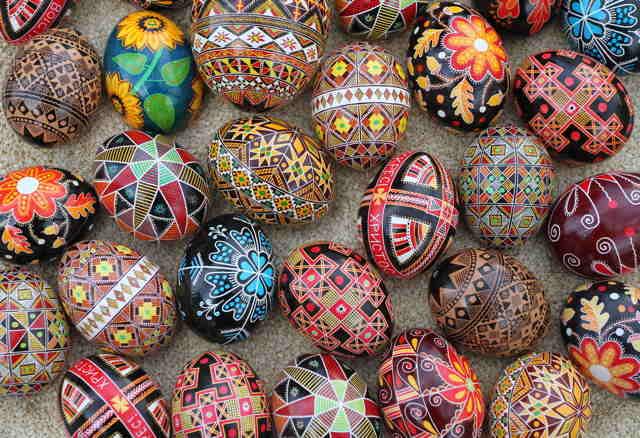 Originally published on 02.17.2022 in The Globe and Mail,
cross-posted by permission of the author

With tensions rising in Ukraine, the Canadian government last weekend again urged its citizens to leave. But some Canadians – expectant parents working with surrogate mothers in that country – continued to make plans to head over. Their babies will be born in the coming weeks and months.

In surrogacy, a woman carries another person’s child for them until birth – babies typically conceived through in vitro fertilization and, in the case of Ukraine, using a parent’s own sperm, eggs or both. Only a handful of countries allow international surrogacy. Canada is one, but it’s not legal to pay for the service here. In Ukraine, it is. And as a result of a ready availability of surrogates, surrogacy-friendly parentage laws and relatively low prices, Ukraine has become a favourite for married heterosexual couples from around the world.

Susan Kersch-Kibler, founder of Delivering Dreams, a small New Jersey-based agency, said two of her Canadian clients will have babies born in the next month. Her agency typically recommends parents arrive about two weeks before the due date, and that means travelling soon.

But parents are really on edge, Ms. Kersch-Kibler said. They’re worried about the safety of their surrogates and their babies, and how they’ll get out of Ukraine in the case of a Russian invasion. “I’m spending almost all my time on the phone,” she said, “trying to talk people off ledges.”

Earlier this month, she held a Zoom call for her clients and outlined potential scenarios.

Ms. Kersch-Kibler advised people to prepare for cyberattacks. Telephones, cellphone towers, the internet, the power grid – all are vulnerable, she believes. All her clients and her Ukraine-based staff are being issued satellite phones.

ATMs and banks could go down temporarily too, so Ms. Kersch-Kibler advised packing extra cash. Heating systems could malfunction, so parents should bring warm clothing, she said. If possible, people should book accommodations with independent heating and water, and even electricity.

She also advised purchasing very flexible airline tickets – the kind that allow passengers to change not only dates, but destinations and departure cities as well. That’s because it’s not certain where surrogates will be when parents arrive.

It’s routine practice for Delivering Dreams to move surrogates closer to major centres such as Kyiv three months before the birth. But women living close to so-called “contested” areas of Ukraine were moved early, including one whose home is just 200 kilometres from the eastern city of Donetsk and who is acting for a Canadian couple.

After this past weekend, when some foreign governments elevated their concerns, the company moved surrogates further west, to Lviv.

If there is an invasion, Ms. Kersch-Kibler said, the agency had contingency plans to move surrogates out of the country altogether. Poland, Slovakia, Hungary and Moldova all border Ukraine to the west, and could become safe havens for surrogates who leave.

One challenge is that these countries all have different parentage laws than Ukraine, and a birth there would mean additional complications in making the foreign intended parents the legal parents. For that reason, she said, surrogates due to deliver soon will be moved into the Czech Republic, which has laws similar to Ukraine that would recognize the foreign parents as legal parents right away.

An Australian surrogacy broker, Growing Families, which connects patients to agencies and clinics in other countries, is fielding similar concerns from its clients about Ukraine. Some have asked to transfer their embryos elsewhere, and couriers are being arranged. Others are worried about not getting clearance from their employer to travel to areas deemed by their government to be high-risk. Similar to Canada, the Australian government recently issued a “Do Not Travel” advisory.

“Such a blanket advisory is not helping [intended parents] expecting births or in Ukraine now,” Sam Everingham, global director of Growing Families, said in an e-mail. “The last thing we want is parents too afraid to travel, or panicking and leaving babies behind.”

Canada’s advice to citizens last weekend was to “avoid all travel to Ukraine” because of Russian threats and the risk of armed conflict. “If you are in Ukraine, you should leave while commercial means are available,” the advisory said. The Canadian embassy has moved consular services to Lviv from Kyiv. The U.S. embassy advised parents to travel by land to Poland, where American officials will issue travel documents.

VittoriaVita, a large surrogacy agency based in Kyiv, wrote in an e-mail last week that while it understood the concerns of foreign parents, news outside the country doesn’t reflect the reality within. “Unfortunately, many news abroad are too exaggerated, which leads to a distorted perception of this informational war,” wrote Alina Bashynska, a manager with the company. “Therefore, we kindly ask everyone not to panic, but to consider the situation soberly and with a cool head.”

One surrogate, Nataliia, who is carrying a baby for Canadians due to be born in May, last week called the idea that Russia would invade “complete nonsense.”

Another, Maryna, who is carrying twins due in mid-April for a Canadian couple, said it was all just political posturing. She added that she speaks regularly with her Canadian family and they don’t talk about politics.

It’s not clear how many Canadian citizens turn to Ukraine for surrogacy each year. But according to Immigration Canada, in 2021, 45 passports were issued to infants younger than 12 months of age who had been born there. Given that both parents of a child need to be present to complete the paperwork, that means that some 90 Canadians – or 135, if you count the babies – could be in Ukraine this calendar year as a result of surrogacy.