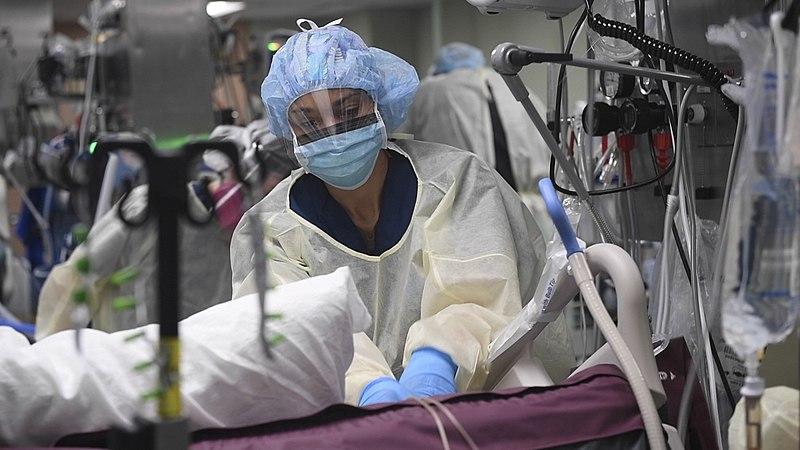 Oxford University panjandrum and philosopher Julian Savulescu has spent most of his career advancing positions that push the envelope of acceptable medical practice.  He has told us, for instance, that we are morally obligated to genetically engineer our babies under a principle he terms “procreative beneficence.”  His efforts often strike one as having the seeming intent of giving the IVF and biotechnology industries cover under a supposedly ethical flag. No surprise, then, to find him advocating for us to engage in “extreme altruism” in the time of COVID-19.

In a recent post on the Practical Ethics blog with co-author Dominic Wilkinson, also at the Oxford Uehiro Centre for Practical Ethics, Savulescu argues in favor of allowing (or even perhaps encouraging) acts of extreme altruism in the time of coronavirus.  The response to the pandemic has already revealed some unsettling realities about how we differentially value lives, with politicians and others directing medical and fiscal resources toward the young, the white, and the well-to-do, as Black, indigenous, and people of color, or those with disabilities are shortchanged.  The argument Savulescu and Wilkinson make is thus all the more disquieting as a rationalization for such actions.

The authors define extreme altruism “as an act taken for the benefit of another that involves making large life-altering or life-threatening sacrifices or personal risks.”  They cite overseas charity work, front-line medical caregiving, or wartime service as examples—although lumping “life altering” in the same category as “life-threatening” seems highly problematic, in that risks may not be at all commensurate.  I might, for example, carry out aid work with farmers in Thailand for most of my (altered) life quite happily; whereas my service at a forward operating base in Afghanistan could lead to maiming or death.

But the authors take their definition as axiomatic and quickly move on to the task at hand: rationalizing extreme altruism in the face of the pandemic.  They identify five possible avenues for such a choice: patients who are desperately ill with COVID-19 should be allowed to take part in risky trials of untested treatments or medications; in addition, they should be allowed to participate in experimentation that could hasten their deaths.  “For example,” the authors write, “if someone with respiratory failure from COVID-19 is not recovering and will be extubated and die, lung biopsies could be taken for the sake of better understanding the disease.”

Third, sick patients could consent to having their organs removed while they are still alive “rather than waiting until they are brain dead,” ostensibly to save more lives. (The authors have coined a handy phrase for this act: “organ donation euthanasia.”) Fourth, soldiers in active-duty areas could shorten their service by volunteering to receive risky vaccines or participate in other coronavirus research.

The authors admit that,

It could be objected that in all these cases, the altruism is minimal or absent. In cases 1 and 4, it may be in the participants’ overall interests. And in cases 2 and 3, there is no harm or real risk involved. However, we choose to call these examples of Extreme Altruism because all these practices involve what would ordinarily [be] seen extreme risks or sacrifices.

They then go on to identify an example that could involve “significant sacrifice of interests,” that is, enlisting nursing home residents, who could participate in risky vaccine or treatment experiments, or opt to forego treatment so that others could use scarce equipment such as ventilators.

All this breezy offering up of patients’ lives is highly problematic.  In cases 1 and 4, the authors say participants might benefit, which is a bit of a stretch, given that they also might be hurt or killed; in cases 2 and 3, patients are on death’s door and stand to profit not at all from having tissues or organs taken from them, while they forgo any chance, however slight, of recovery.

Moreover, what about the timing of the consent?  Would this be given upon admission to the ICU, when a person is already under physical and mental duress?  Under what circumstances is it legitimate to approach patients who are already ill or in extremis to make decisions that may have as much chance of causing greater harm as of aiding them? Especially during current circumstances, when there can be no family members nearby to help them decide or buffer any pressure from physicians?  Generally, risky procedures are offered when they stand a greater chance of helping than of failing, as, for example, the complicated surgery known as fundoplication for late stage pancreatic cancer.  Yet the authors seemingly would have people in dire straits making the active decision to undergo procedures that may have no chance of improving their condition.

As for mustering nursing home residents to the fight against COVID-19, the scheme bears more than a whiff of Vernichtung lebensunwerten Lebens, the Nazi program of destroying “lives unworthy of life.”  This widespread euthanization effort predated the death camps and targeted institutionalized Germans, including frail or physically impaired older people and those with disabilities and chronic ailments.

Bizarrely, the authors imply that we perpetrate a kind of ageism in preventing nursing home residents from volunteering for risky medical experiments given “that challenge studies using the SARS-COV2 virus (which causes COVID-19) would be ethical […] in healthy young adults.”  Why, then, shouldn’t those in nursing or care facilities have the same option?

The authors do proffer some counter-reasons to their argument, but even these seem skewed:

One reason not to enroll ‘higher risk’ patients, like those in a nursing home, is that they might require intensive and invasive medical treatment if they end up becoming seriously unwell. However, that wouldn’t apply if the patients had previously (and separately) completed a living will indicating that they would not wish for invasive medical treatments in the event of becoming seriously unwell.

So the idea is that extreme altruism means one must sign one’s own death warrant?  Offering nursing home residents a living will under such circumstances hardly seems the moral equivalent of the voluntary election of same when one is undergoing, say, surgery meant to address a disease.  Again, the expectation of those who opt for surgery is that there will be some gain; the living will is a hedge against potential outcomes that a person might reasonably want to avoid, such as having to be placed on permanent life support while in a coma; it is generally not viewed as a way of sparing physicians the effort or expense of undertaking “intensive and invasive medical treatment” if the surgery does not go as planned.

In the end, one wonders why the authors even bothered to assemble their argument, as it seems difficult to imagine how such extreme altruism would play out.  Who, actually, will be tasked with evaluating whether a person in a care facility genuinely understands what they are agreeing to when they volunteer out of an excess of care for their fellow human beings or in a desire to advance scientific understanding? Is someone sedated heavily on a ventilator capable of assessing whether they should allow their organs to be harvested in advance of their death? Does it seem likely that healthcare workers who have made a yeoman’s effort to save a patient’s life would voluntarily switch gears at the last minute to offer them the chance to serve as experimental fodder?

Savulescu and Wilkinson opine that “…there is a constant national emergency: we are all aging and slowly dying. There is a war against aging and death: we are fighting it with medicine. And people should be able [to] sacrifice their interests or lives in this war.”  The use of this militaristic language obscures the fact that aging and dying are inevitabilities that medicine cannot ultimately address.  Especially in a time of pandemic, we need to be especially clear about making false promises in that regard.  Certainly, we should not be deploying rhetorical claptrap based on tired tropes to justify using vulnerable populations as sacrificial victims.