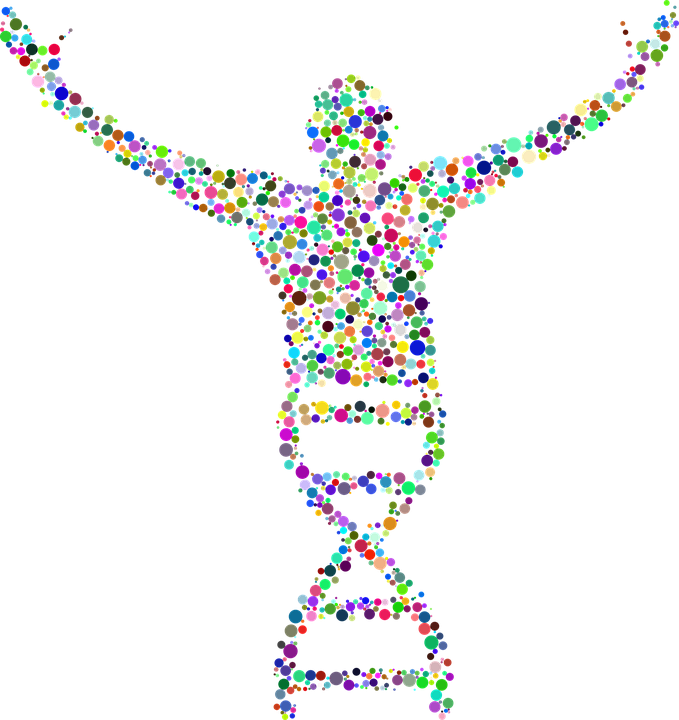 In this new volume in the Cambridge Bioethics and Law series, editors Britta van Beers, a legal philosopher at Vrije Universiteit Amsterdam, Sigrid Sterckx, founding member of Bioethics Institute Ghent, and Donna Dickenson, Emeritus Professor of Medical Ethics and Humanities at the University of London bring together a group of far-reaching essays on the much ballyhooed trend toward personalized medicine.

As defined by the editors, personalized medicine—also termed “precision” medicine—leverages current understanding of the genome “to offer doctors and patients more sophisticated tools of molecular profiling to identify and treat genetic variants implicated in disease risk and treatment.” [p. 1] It relies heavily on digital data gathered in medical settings as well as outside of them (think 23andMe, Fitbits, and smart phone calorie monitoring apps).

In the popular press in the last few years, personalized medicine has, among other things, been heralded as helping brain surgeons make “real-time decisions” in the operating room; providing benefits for those with rare diseases; enabling cancer cures tailored to the individual; and improving treatments for chronic diseases. Meanwhile, industry publications have estimated that globally the field will expand significantly: One forecast at the end of 2018 saw it growing by 11.9% to generate “revenue of around USD 3466 million by 2024.”

The contributors to this volume largely offer a counter-narrative to the hype.  Assessing personalized medicine from legal, public health, human rights, feminist, technological, ethical, economic, political, and philosophical perspectives, the authors unpack its benefits and potential harms. In doing so, most of them deploy to good effect an incisive heuristic advanced several years ago by Donna Dickenson that divides health research and care into two approaches dubbed “We Medicine” and “Me Medicine.”

Me Medicine, which focuses on the individual, comprises developments such as direct-to-consumer testing. In the age of the ubiquitous selfie, what could be more appealing than a test or treatment meant to give you more information about your own unique genome or body? Medicine tailored for “me” has wide public appeal.  One 2013 survey carried out by KRC Research for the Personalized Medicine Coalition revealed that “[t]he large majority of people have not heard of personalized medicine but react positively when it is described to them,” and that “[m]ost [respondents] feel excited about the potential benefits of personalized medicine, including choosing a treatment that is most likely to work for them and the potential to prevent illness.”

Though the level of my excitement is debatable, I have direct experience of personalized medicine. Last year, after the discovery of a small, low-grade tumor in my breast, I agreed to have a sample of tissue from it sent to a lab, Genomic Health, which tested for the expression of 21 different genes. I was told that a resulting oncotype score would determine the likelihood of recurrence of my cancer. This score would help my hematologist decide whether to recommend a regime of chemotherapy plus radiation, or radiation alone. As it turns out, I got a very low score and decided against chemotherapy.

But the test and its results—billed as personalized—were not really about me as an individual. The genes in my cancerous cells were not being looked at as “mine” but rather as “theirs”—meaning those of the 688 women who had participated in a clinical study that tracked post-treatment outcomes over 5 years. These women had radiation therapy and afterward took an estrogen blocker for five years. Data on the recurrence rates was compiled and analyzed in terms of the patients’ types of genetic glitch, and a 10-year risk of recurrence was calculated. Because my genes could be clumped with the subset of women whose recurrence rate had been quite low, my chances of not having a recurrence in five years could also be presumed to be low.

This type of testing, as the editors of the volume point out in their introduction, does not deliver a person-specific result (ergo, it is not personalized). Rather, it is an act of “subphenotyping,” or creating more than one set into which patients can be grouped. Having several subsets allows for more nuanced decision making—but by no means treatment targeted to a single individual. That physicians find it more convenient to collapse detailed statistical machinations into the phrase “personalized medicine” is not terribly surprising, but neither does it do patients any real service.

Multiple essays in Personalised Medicine, Individual Choice and the Common Good discuss the ways in which patients are being confronted with decisions based on subphenotyping, and assess the ethicality and economics of such clinical practices.  At the same time, outside medical settings, people are being offered numerous products that purport to enhance their ability to monitor and control their health. These products, marketed by for-profit companies, are addressed in the volume by essays dealing with umbilical cord banking, fitness apps, personal genome testing, and geneaological testing.

Beyond individual choice, there are multiple societal ramifications of personalized medicine, and perhaps the most thought-provoking essays in Personalised Medicine, Individual Choice and the Common Good examine the impacts of personalization upon “We Medicine”—that is, medicine undertaken with an eye to the common good.

Klaus Hoeyer’s essay on data sourcing in European healthcare and the essay by Sigrid Sterckx, Sandi Dheensa, and Julian Cockbain on large-scale health research in the U.K. raise critical questions about data-driven medicine, privacy, and public health outcomes. Focusing on Denmark, Hoeyer tracks how personal data from visits to health services are gathered into large, long-term data sets, which can then be used to evaluate a medical intervention’s efficacy (or lack thereof) and produce recommendations that return to the clinic as personalized advice.  Hoeyer sees this as a cycling from Me Medicine to We Medicine and back again, and notes that in such a system, which is seemingly only really possible in countries where there is nationalized health care, “data can not only change custodianship, but also purpose and beneficiary.” In Denmark, health data is seen as enabling efficient and predictable governance, quality care, and fiscal control.

Hoeyer says that considerable benefits have redounded not only to patients on the receiving end of the “data circle,” but also to society at large.  For example, Denmark has been able to use its data to debunk myths about the side effects of vaccines, elevated suicide rates among cancer patients, and the link between abortion and breast cancer, among other things. Moreover, such data can be used to check and challenge “claims made by pharmaceutical companies based on short-term randomized controlled trials.” [p. 153]

In Denmark, personal data can be used without specific consent to carry out large- scale statistical studies, which Hoeyer finds acceptable. “As long as people feature as part of a population only,” he writes, “their identities can be better protected than when singled out as autonomous decision-makers.” He sees the Danish approach as preferable to processes of informed consent that exist elsewhere in Europe or in the U.S. [p. 145]

In looking at the U.K., Sterckx, Dheensa, and Cockbain are less sanguine about research using national health data, especially with regard to two recent government initiatives, care.data 2.0 and the 100,000 Genomes Project. These projects, the authors claim, have used obfuscatory language in obtaining consent, offering an “opt out” which allows people to mask their identity, but does not clearly disclose that their data will nevertheless be used in de-identified form. In addition, the government has partnered with for-profit companies, which thereby gain access to data that patients believed they had declined to share. The rhetoric promoting these projects centers on We Medicine, promising improvements in the quality of care National Health Service patients will receive. But the authors question whether the projects violate patient privacy and are, in reality, a stealth means of ushering in decentralized, privatized medicine.

“My genome, my right,” an additional essay by Sterckx and Cockburn, this time with co-author Stuart Hogarth, explores whether one’s genome is a form of property and whether one has a legal or a fundamental human right to it. Some for-profit companies offering genomic information have argued that their clients have a right to obtain this information and have fought against regulation of their services. The authors characterize for-profit testing in countries that permit it as a kind of curation—companies decide which information to provide and then make claims regarding the quality of their tests and people’s risk profiles.  Consumers then make a choice whether to pay for their services. While the authors acknowledge “the right to exercise autonomy as a consumer in a market,” they also point out that people also have the right to “a certain standard of care,” which opens the possibility of “legitimate forms of state intervention in the consumer genetics market,” whatever objections firms might have. Indeed, E.U. regulations require that genetic testing must be performed only with the oversight of medical professionals for just this reason.

On the whole, the contributors to this volume caution against the many ways in which personalized medicine can be co-opted by governments and corporations seeking to exert biopower, to privatize medicine, to further disadvantage groups such as women, children, and the poor, and to shift health resources to elites. As the editors point out, a pronounced reallocation of resources to personalized medicine would undermine We Medicine, which has underpinned monumental improvements in global public health over the last century, especially in terms of infectious disease, and which remains essential to confronting contemporary health challenges, even those produced by so-called lifestyle choices.