A Story of Loss, Love, and the Hidden Order of Life, by Lulu Miller
By Pete Shanks | 08.10.2020
Biopolitical Times 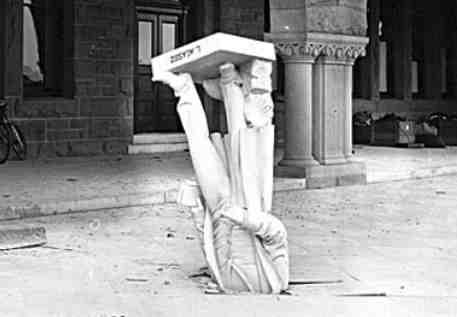 The first time I saw the Stanford campus, back in the 1970s, I wanted to destroy it. This may have been because I had just been dragged to the Stanford Shopping Center, a paean to conspicuous consumption that made me physically ill, or perhaps it was only that I was young and revolting. Nowadays I can visit the place and appreciate some of the work that takes place there, even as I continue to view it as a temple of privilege and bastion of the establishment. Heck, I can even wander through Carmel without getting too upset.

Plenty. Lulu Miller’s excellent book is both personal and political, as well as being scientifically interesting and a fine piece of journalism. Both Stanford and personal emotional reactions are central to the work. Seeking an intellectual and emotional refuge from chaos, Miller apparently thought for a while she had found it in the life’s work of David Starr Jordan, whose mission was finding and cataloging fish, inspired by his mentor, Louis Agassiz. His career was crowned by becoming the founding president of Stanford University.

Jordan used that position as a platform to promote eugenics.

It is quite delightful to read this at the same time as the university is debating whether to rename Jordan Hall, home to the Department of Psychology, and remove his statue, as well as that of Agassiz, which survived the little accident pictured above. (Agassiz died shortly before the term eugenics was coined, but his vicious racism contributed to its development.) The Eugenics at Stanford History Project requested the renaming on February 16, 2019; the department’s faculty unanimously requested these changes on March 9, 2020. Stanford President Marc Tessier-Lavigne appointed a committee to report with recommendations “before the beginning of fall quarter,” scheduled for September 14.

Miller was clearly shocked both by Jordan’s views and by her own ignorance about “our country’s leading role in the eugenics movement.” She researched its history and legacies thoroughly, reading and also interviewing such luminaries as Paul Lombardo, historian and author of Three Generations, No Imbeciles: Eugenics, the Supreme Court, and Buck v. Bell, and Alexandra Minna Stern, historian and author of Eugenic Nation. (Full disclosure: Stern is a member of the CGS Advisory Board.) Miller includes a short and appropriately brutal description of what happened to Carrie Buck, the young woman whose sterilization was finally authorized by the Supreme Court; Oliver Wendell Holmes, Jr. was under the false impression that Buck, her mother and her three-year-old daughter were all “imbeciles.” Miller concludes that section of her book with a moving and revealing interview with a survivor of involuntary sterilization, a woman once judged “unfit,” a woman who matters, still matters, to herself, to her best friend, to Miller, and now to the readers of her book. Like me.

But what about the fish? There are no fish!

Fish is a meaningless category, scientifically. The concept of “fish” has been exploded by the development of cladistics as a method of defining the relationships among organisms. The essential idea is that groups should be identified strictly in terms of their ancestry and thus their evolutionary history: Humans are related to apes, for example, by virtue of having a common ancestor. What people have for years called fish, however, include creatures with several different ancestral lines, some of which include land animals — a lungfish is, in evolutionary terms, more like a cow than a salmon.

Jordan’s lifework was based on incorrect assumptions about order and hierarchy, and led him to appallingly inhuman conclusions. Cladistics was part of Miller’s emancipation from any remaining shards of the idea that life can be seen as a ladder of being, from microbes below to rich white men at the top. Where does that leave us? She quotes a close friend, who mused about the effects of the Copernican revolution: “When you give up the stars you get a universe. So what happens when you give up the fish?”

Miller has her own personal answer to that question, and I’m not going to give it away. You’ll find out when you read this book — and I strongly suggest you do. It’s well written, it’s well made, the chapter-opening illustrations are charming and the hardcover edition fits well in the hand. You may find something different in it than I do, or even than the author did. I hope so. It’s an extremely rich little book. For myself, it takes me back to the Tao Te Ching, in the 1972 translation by Gia-Fu Feng and Jane English: