Emma, Carrie, Vivian: How A Family Became A Test Case For Forced Sterilizations 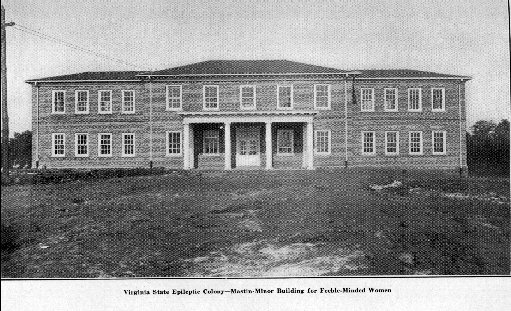 The day was June 4, 1924. A dark-haired girl, just 17 years old, was admitted to the Virginia State Colony for Epileptics and Feebleminded. She became colony inmate 1692. The superintendent of the colony examined her. He declared her healthy, free of syphilis, able to read, write, and keep herself tidy. And then he classified her as "feeble-minded of the lowest grade, moron class."

With that designation, this young woman, who'd already lost more than many people could bear in a lifetime, was set on a path she didn't choose. And what happened to her laid the foundation for one of the most tragic social experiments in American history.

This is the story of Carrie Buck, and three generations of her very small family: Emma, Carrie and Vivian. A grandmother, a mother and a child who, by virtue of their poverty and some very bad luck, became the test case for forced sterilizations in the United States.

Is Reducing Down Syndrome Births a Form of Eugenics?

A recently released study finds that Europe has reduced the number of babies born with Down syndrome by 54%. In 2016, the same researchers found that the U.S. rate of Down syndrome births had declined by 33%. Some friends and...

The Holocaust and the racial hygiene doctrine that helped rationalize it still overshadow contemporary debates about using gene editing for disease prevention. In part, this is because prevention can mean 3 different things, which are often conflated. Phenotypic prevention...

When does genomics become eugenics?

Simply Google “BGI NIFTY” and you will find a slick website from China’s premier genomics company offering new options in the quest for quality children. This screening technology has already been used in more than 62 countries in...