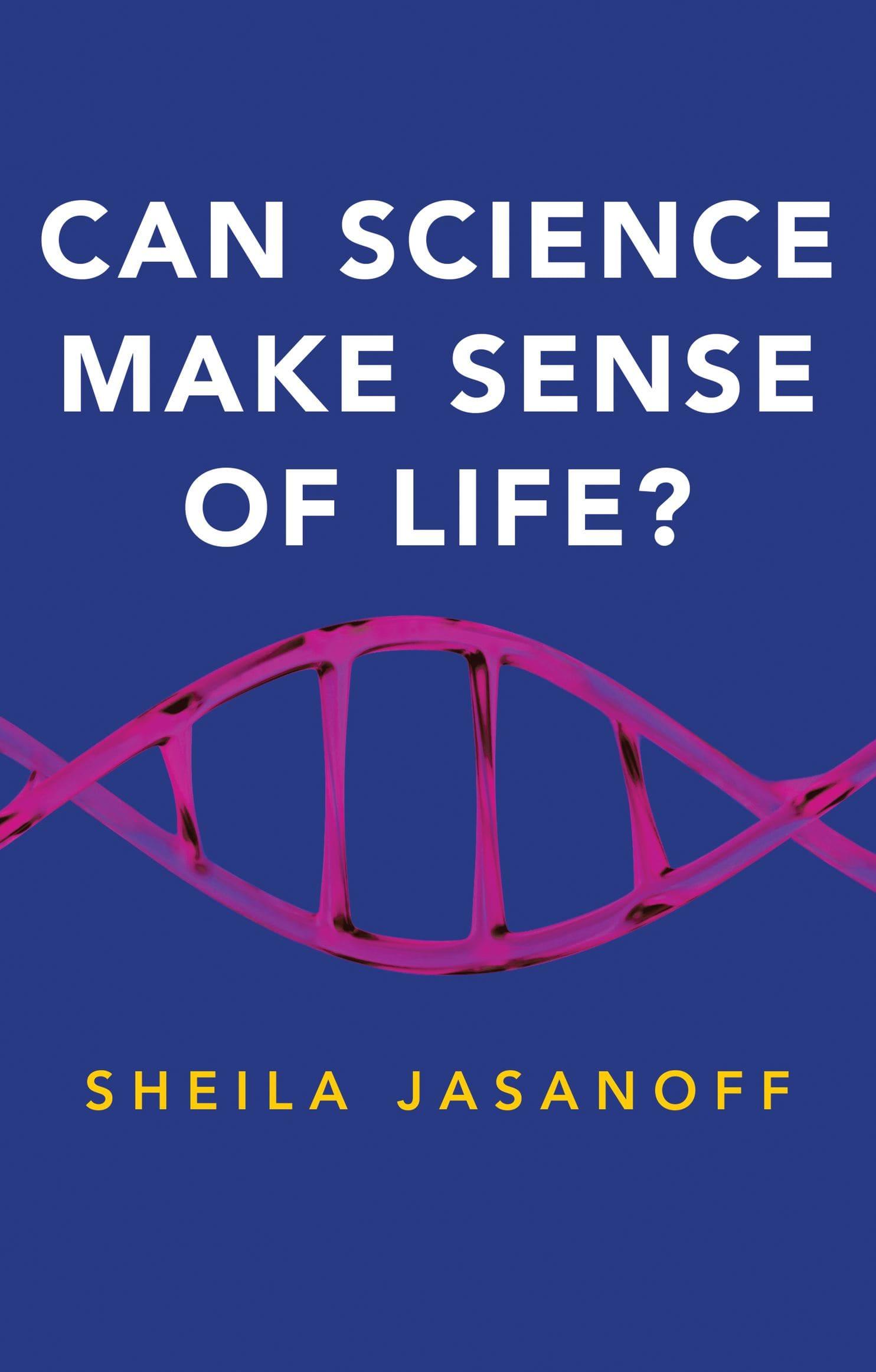 With this deceptively simple title, Sheila Jasanoff reveals only a hint of the rich content in her latest book. Her aim, spelled out in the prologue, is first to understand how biologists have come to “claim ownership of the meaning of life,” and then to show why that matters.

She describes in detail the often-implicit claims that scientists (as opposed to science) have made over the years in their pursuit of narrative control when it comes to technological developments. They have increasingly asserted their right to determine the frames of reference surrounding vital questions about applied technology, and in doing so, also determine the answers. From this perspective, the general public needs education; both ethics and law inevitably lag behind the forward march of science; and politicians are asked to write what are virtually blank checks in hopes of future marvels.

Jasanoff has spent 40 years in distinguished academic study of science, technology, and society, but she wears her expertise lightly. The prose is simple, clear, precise, and refreshingly free of unnecessary jargon. In only 179 text pages, she not only surveys the history of modern biotechnology, from Schrödinger’s 1943 discussion of “code-script” all the way to current synthetic biology and gene drives, but also sets up an important counter-narrative.

A crucial turning point was the 1975 Asilomar conference on recombinant DNA. This event has been promoted ever since as the paradigm of scientific self-regulation, the model to follow. On the contrary, what it actually achieved was the ending of an informal moratorium on potentially hazardous experiments. Moreover, as Jasanoff notes:

By seizing the initiative for deliberation, the molecular biology community established a virtual monopoly on framing the issues to be debated, the terms in which the debate would be conducted, and even to a large extent the legitimate objectives of governance. A focus on physical risks, originating with and limited to lab-created organisms, kept at bay wider social concerns emerging from law, religion, ethics, and culture.

Narrowing the discourse in this way has only worsened in subsequent decades, as the prospect of riches has also come to permeate biotechnology. To be sure, there may be some shame attached to the loss of the purity of science, as perhaps is reflected in the Biotechnology Industry Organization (BIO) quietly renaming itself as the Biotechnology Innovation Organization in 2016, about which BIO president and CEO Jim Greenwood said, in a press release:

This name change does not alter our mission or the value we deliver. We are better describing what our members do, who they are and how they think,” BIO President and CEO Jim Greenwood, said. “Our members are some of the most innovative people on the planet. Biotech companies and research institutions are filled with scientists and entrepreneurs who ‘see’ a different future. And then they innovate to change the course of history.

Here, BIO presents innovation as an unqualified good, thus rendering any questioning of novelty as problematic by definition. To anyone who complains that the course of history over the last half-century has resulted in the wealthy throughout the world garnering an increasing share of the bounty while shuffling off externalities such as pollution, illness, and even climate change, BIO’s response boils down to, “That’s the price of progress.”

Is biotechnology just another branch of science, with its claims to freedom and autonomy, because it is the work of the human spirit in its ceaseless quest for knowledge? Or is it, as Hans Jonas pointed out in 1976, a shift in the very nature of science, led by the lure of technological applications and leading in turn to novel demands for accountability?

Can Science Make Sense of Life? provides several detailed examples of what Jasanoff calls  “the newly tangled relations between research for the public good and for private gain.” But profit is not the only source of controversy. Indeed, sometimes the very definition of life is explicitly at issue. Chapter Four, “Life in the Gray Zone,” for example, includes a thorough and convincing discussion of the “14-day rule” about research on human embryos. Citing Benjamin Hurlbut’s work, she stresses that this marker, established by Mary Warnock’s committee in 1984, was intended neither as an acknowledgment of scientific limits nor as a finding of fact that 14 days marked the start of human life:

This was at bottom a moral and even a legislative question, one for society to decide, and her committee laid the groundwork by forging a compromise, as legislators must do even in areas of contested moral judgment.

It is true that at the time scientists were unable to maintain an embryo in the lab for longer than two weeks; however, mere technological progress in this regard does not invalidate the concept that there is “a recognizable, commonsensical stopping point for research on borderline human life.”

And yet, as Jasanoff describes, a panel of scientists working on the frontiers of human developmental biology took it on themselves to identify and name “synthetic human embryo-like entities.” They tried to call them SHELEs (pronounced like the author’s first name). Public ridicule provoked a change to SHEEFs, for “synthetic human entities with embryo-like features.” SHEEFs would, according to a 2017 paper by Aach, Lunshof, Iyer, and Church published in eLife, “travel ‘off-road’ or find previously unmapped alternative paths that can carry them around the stop sign into the territories to which the sign was supposed to restrict access.”

What an example of, in Jasanoff’s words, “the zeal of science ... to control the meaning of new forms of life through the Adamic power to name, and so to determine what a thing is and how it should be known.”

This book is the work of a remarkably elegant and civilized mind. Chapter One opens with Paul Gauguin; the discussion of “Life and Law” in Chapter Three, with Manu, Moses, and Hammurabi; Chapter Five’s “Language Games,” with Genesis, Wittgenstein, and Foucault. These all serve to situate the discussion in the context of civilization as a whole. Questions about the role of biotechnology do now deserve to range broadly through the possibilities offered in our present and perhaps future society. This expansive perspective is immensely valuable.

As to the title, spoiler alert: The answer is, no, science cannot make sense of life—not by itself.