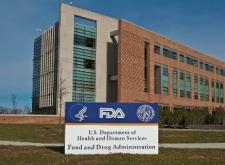 In January, Bennett’s doctors offered him the chance to receive a heart from a pig. He took it. “I know it’s a shot in the dark, but it’s my last choice,” he said in a press release from the University of Maryland Medical Center in Baltimore, where he was being treated. On 7 January, doctors transplanted the heart, which had been genetically modified so that the human body would tolerate it.

Bennett survived for eight weeks with his new heart before his body shut down. After his death, the research team learnt that the transplanted organ was infected with a pig herpesvirus that had not been detected by tests1.

But even a few weeks is a long time for an animal organ placed in a human, known as a xenotransplant. Given that the human immune system begins attacking non-genetically modified... see more