Why gene-therapy drugs are so expensive 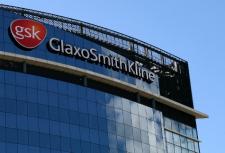 On August 3rd the British pharmaceutical company GSK said that it would charge €594,000 ($665,000) for a gene-therapy cure for ADA-SCID—a severe immune disorder that is usually fatal in the first few years of life. A child born with ADA-SCID is unable to fight off everyday infections; Strimvelis has cured this in each of the 18 children it has been tested on over 15 years. Gene therapies work by delivering correct versions of DNA, usually using a virus as a vector. Once DNA is inside the cell, it produces the protein that was missing and the fault is fixed. Scientists have been trying to develop gene therapies for decades. Early work hit the buffers due to a series of unexpected cancers, the death of a young man during a trial, and some disappointing results.

Much progress has been made since then and according to analysts at Datamonitor Healthcare the number of gene therapies in development has doubled since 2012. Last week, America’s Food and Drug Administration (FDA) handed out “breakthrough” designations—intended to hasten the approval of important new... see more