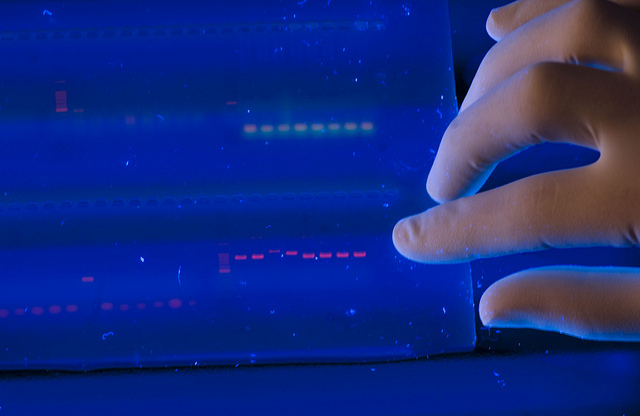 This week, DNA testing service MyHeritage revealed that hackers had breached 92 million of its accounts. Though the hackers only accessed encrypted emails and passwords — so they never reached the actual genetic data — there’s no question that this type of hack will happen more frequently as consumer genetic testing becomes more and more popular. So why would hackers want DNA information specifically? And what are the implications of a big DNA breach?

One simple reason is that hackers might want to sell DNA data back for ransom, says Giovanni Vigna, a professor of computer science at UC Santa Barbara and co-founder of cybersecurity company Lastline. Hackers could threaten to revoke access or post the sensitive information online if not given money; one Indiana hospital paid $55,000 to hackers for this very reason. But there are reasons genetic data specifically could be lucrative. “This data could be sold on the down-low or monetized to insurance companies,” Vigna adds. “You can imagine the consequences: One day, I might apply for a long-term loan and get... see more

Biology is a spectrum: Life on Earth is complex and irreducible

If I placed before you an atom with one proton and one electron, you would be forced to admit it was a hydrogen atom. One proton paired with one electron is hydrogen. It can’t be helium, or lithium, or anything...

In her new book, The Genetic Lottery...

All Those 23andMe Spit Tests Were Part of a Bigger Plan

A few months ago, on the morning 23andMe Holding Co. was about to go public, Chief Executive Officer Anne Wojcicki received a framed sheet of paper she hadn’t seen in 15 years. As she was preparing to ring in the...

Society
© / A Project of the Tides Center 2021 All rights reserved.