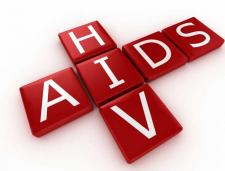 In 2014, Temple University researchers proved they could use state-of-the-art molecular scissors to cut out dormant HIV hiding in human cells in lab dishes.

Now, seven years later — the blink of an eye in basic research — the approach has received Food and Drug Administration approval for testing in humans, buoying hopes for curing, not just suppressing, the insidious virus that causes AIDS. Although the world is focused on the COVID-19 pandemic, HIV/AIDS continues to rage in many poor countries 40 years after it was identified.

“We’ve done a lot of preclinical work. Now we’ve shown it works in large animals,” said Tricia Burdo, a cell and molecular biologist at Temple University’s Katz School of Medicine. “It’s really exciting for Excision to bring this to the clinic.”

Excision BioTherapeutics was cofounded about five years ago by Kamel Khalili, the Temple microbiologist and immunologist who first explored using the gene-editing technology, called CRISPR, to remove HIV DNA from host cell DNA.

Excision has raised $60 million to fund clinical trials, hopefully starting by the end of the year with a... see more