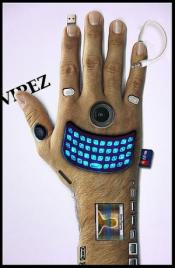 If, through biotechnology, we could drastically enhance ourselves—such that our ability to absorb and manipulate information was unlimited, we experienced no disquiet, and we did not age—would we? Should we? For advocates of radical enhancement, or “transhumanism,” answering “yes” is a no-brainer. Accordingly, they press for the development of technologies that, by manipulating genes and the brain, would create beings fundamentally superior to us.

Transhumanism is far from a household term, but, whether or not they use the word publicly, its adherents are in places of power, especially in Silicon Valley. Elon Musk, the world’s richest person, is devoted to boosting “cognition” and co-founded the company Neuralink toward that end. Having raised more than $200 million in new funding in 2021, in January, Neuralink proclaimed its readiness to start human trials of brain-implantable computer chips for therapeutic purposes, to help those with spinal-cord injuries walk again. But Musk’s ultimate target in exploring brain-computer connections is “superhuman,” or “radically enhanced,” cognition—a top transhumanist priority. Those with radically heightened cognitive ability would be so advanced that they wouldn’t even really... see more