By C. Brandon Ogbunu, Scientific American | 06. 12. 2020
Antiracism in science must be about much more than challenging the bigoted graybeards of our past such as Ronald A. Fisher. 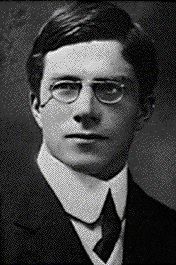 Amidst protests and conversations on racism following several instances of police violence, scientific institutions are reevaluating their approach to dealing with anti-Black racism—extant, historical or symbolic. For example, on Wednesday, June 10, a large segment of the scientific community (and the staffs of prominent journals) participated in a strike, where the goal was to reflect on how Black people—students, trainees, staff, and faculty—are treated, and how we can make the scientific paradigm more inclusive.

This includes several ongoing policy discussions surrounding diversity and inclusion, and very specific exchanges about how we remember and celebrate historical figures. For example, the Society for the Study of Evolution (SSE) is one of many influential scientific societies embroiled in a debate over renaming a prestigious award that currently commemorates Ronald A. Fisher (the R.A. Fisher Prize). Fisher was a pioneer of modern population genetics and one of the most influential scientists of the last century. His influence is as great in genetics as it is statistics, the latter... see more