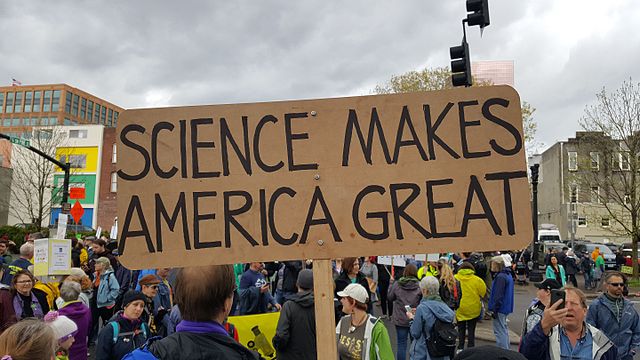 Advocates of science are in a bad place right now. Some days, in this Second Year of Trump, scientism—a blanket defense of science as a virtuous and almost holy exercise of objectivity and rationality—feels like the only natural response to the rising darkness. But, tempting as it might be, cheerleading for capital-S “Science” can’t be the answer. Science—as historians of science and practitioners of science and technology studies readily argue—is not an objective refuge; it’s shaped by politics just like any other human endeavor. How can we acknowledge that fact while still arguing for science’s authority and value?

From 1969 through 1989, the group Science for the People tried to do just that. Its members took “science has a politics” as a philosophical starting point and then used that understanding to push for radical change. Early on, the group protested weapons labs. Members worked with the Black Panther Party, helping with their free health clinics, and with the Young Lords Organization, assisting them in offering free lead-poisoning testing services. They sent equipment to Vietnamese scientists and helped Midwestern farmworkers... see more

Patents & Other IP
© Center for Genetics and Society / A Project of the Tides Center 2021 All rights reserved.