Nazi Trump? Listen to Trump Himself Answer the Question 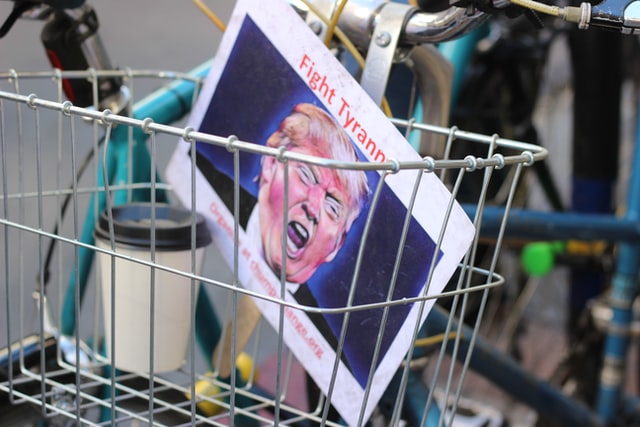 When people repeatedly announce who they are in their own words, listen. The core of Nazi ideology is racial darwinism, the belief that humanity is divided into a hierarchy of inferior and superior races. For the umpteenth time last September 19 in Minnesota Trump advertised that he subscribes to this core belief of Nazism:

“President Trump’s riff about the “good genes” found among the people of Minnesota — an 80 percent white state — wasn’t a dog whistle. It was a train whistle, folding in Trump’s long-held belief that some people, himself especially, are simply born with superior traits to others. “You have good genes, you know that, right?” Trump said during his Saturday rally in front of a nearly all-white crowd in Bemidji. “You have good genes. A lot of it is about the genes, isn’t it, don’t you believe? The racehorse theory. You think we’re so different? You have good genes in Minnesota.” (https://www.msn.com/en-us/news/world/trumps-touting-of-racehorse-theory-tied-to-eugenics-and-nazis-alarms-jewish-leaders/ar-BB19J2wO)

To complete the picture of the Nazi ideological well he drinks from, put this together with Trump’s:

In response to: Editing Humanity’s Future from the April 29, 2021 issue

In her recent review of four books on the prospects of applying CRISPR and related gene modification technologies to the improvement of human biology [“Editing Humanity’s Future,” NYR...

A gene therapy company backed by millions of dollars from the state of California has withheld “compassionate use” of a life-saving therapy sought by parents of...

Researchers had hoped that the treatments — known as antisense oligonucleotides (ASOs) — would be a game changer for HD, an...

Bethenia Owens-Adair overcame a wave of hardships early in her life to earn a medical degree and become one of Oregon’s first practicing women doctors. She was a heroine of the state’s women’s-rights movement as well, with one newspaper in...