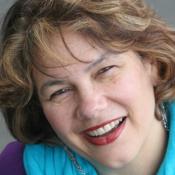 Canadian bioethicists and genetics experts are speaking out against Denis Rebrikov, the Russian molecular biologist who plans — in defiance of international scientific norms — to alter human embryos using CRISPR gene-editing technology to allow prospective parents with genetic deafness to conceive a child who can hear.

“We are putting ourselves on the path to changing the human evolutionary story. This is not up to one scientist. It’s not up to a group of scientists or a group of political elites. It’s up to all of us,” said Françoise Baylis, a professor of philosophy and bioethics at Dalhousie University who serves on a World Health Organization committee that is developing global standards and oversight for editing of the human genome.

The ethical implications of this kind of rogue science are wide-ranging and nuanced, Baylis explained. But the obvious ones are dire: Making genetic changes to eggs, sperm, or early embryos, collectively called the human germline, affects not only the eventual person these cells may become, but also their offspring.Though there is a “spectrum” of views among scientists and ethicists about... see more