By Alison Motluk, HeyReprotech! | 08. 27. 2019
Support groups are meant to provide support. But sometimes you learn too much. 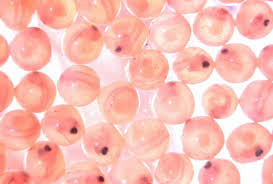 Ten years ago, if you were a woman who had donated eggs, there was a good chance you'd never met or spoken with anyone else who had done it. Sure, it felt exotic, but it could also feel isolating.

In the years after she donated eggs at a Toronto clinic in 2004, Claire Burns began to feel a need to connect with other egg donors. She contacted an infertility support group and suggested they start a chapter for egg donors. "Why would you need a support group?" she remembers being asked.

Why? Because there were a lot of thoughts and feelings to untangle, and ordinary people didn't always get it. In our first phone conversation, Burns told me she had been led to believe that she was just giving away something meaningless — like a piece of skin — but that now she was re-examining that. "It's my biological material. I am part of that family, even though I have to pretend I'm not," she said. "It's something I once thought I'd be able to dismiss. But it's haunting me."... see more