A global observatory for gene editing 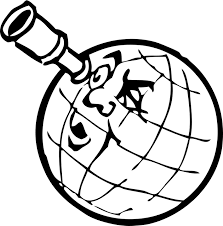 In August 2017, scientists reported that they had used the gene-editing tool CRISPR–Cas9 to correct a mutation in viable human embryos. The work is just one of countless applications of the technique, with which scientists hope to alter plants, animals and humans.

The value of most applications of the technology has barely been exposed to public review. Unless these editorial aspirations are more inclusively debated, well-intentioned research could move humanity closer to a future it has not assented to and might not want.

Over the past three years, leading scientists have called for global deliberation on the possible effects of gene editing on the human future1. In our view, the discussions that have taken place fall far short of the expansive, cosmopolitan conversation that is needed.

Down from the summit

An important milestone was the International Summit on Human Gene Editing, held in Washington DC in December 2015. Organizers called for an international forum to seek “broad societal consensus” on the norms that should guide research2.