Gene-edited beef cattle get regulatory clearance in US 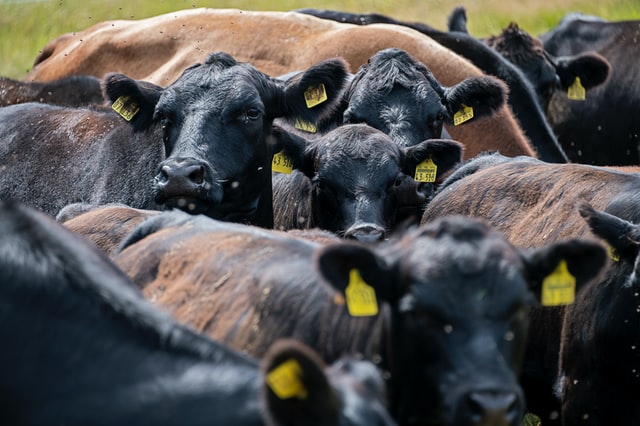 Photo by Etienne Girardet on Unsplash

U.S. regulators on Monday cleared the way for the sale of beef from gene-edited cattle in coming years after the Food and Drug Administration concluded the animals do not raise any safety concerns.

The cattle by Recombinetics are the third genetically altered animals given the green light for human consumption in the U.S. after salmon and pigs. Many other foods already are made with genetically modified ingredients from crops like soybeans and corn.

The cattle reviewed by the FDA had genes altered with a technology called CRISPR to have short, slick coats that let them more easily withstand hot weather. Cattle that aren’t stressed by heat might pack on weight more easily, making for more efficient meat production.

The company did not say when home cooks or restaurants might be able to buy the beef, but the FDA said it could reach the market in as early as two years.

Unlike the salmon and pigs, the cattle did not have to go through a yearslong approval process. The FDA said the cattle were... see more

'Genetics ain't everything': You can clone your dog or cat, but should you?

It runs about $50,000 for a dog, with a 20% success rate, and there are numerous ethical considerations

This article is reprinted by permission from NextAvenue.org.

The clock started ticking more than 20 years ago when the world said, "Hello...

An Evolutionary Magic Trick Is Popping Up Everywhere

Thousands of miles from home in the steamy Amazon rainforest in the mid-1800s, the British naturalist Henry Walter Bates had a problem. More than one, really: There were thumb-size biting insects, the ever-present threat of malaria, venomous snakes, and mold...