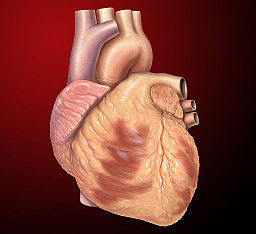 I met the entrepreneur Martine Rothblatt for the first time at a meeting at West Point in 2015 that was dedicated to exploring how technology might expand the supply of organs for transplant. At any given time, the US transplant waiting list is about 100,000 people long. Even with a record 41,356 transplants last year in the US, 6,897 people died while waiting. Many thousands more never made the list at all.

Rothblatt arrived at West Point by helicopter, powering down over the Hudson River. It was an arrival suitable for a president, but it also brought to mind the delivery of an organ packed in dry ice, arriving somewhere just in time to save a person’s life. I later learned that Rothblatt, an avid pilot with a flying exploit registered by Guinness World Records, had been at the controls herself.

Rothblatt’s dramatic personal story was already well known. She had been a successful satellite entrepreneur, but after her daughter Jenesis was diagnosed with a fatal lung disease, she had started a biotechnology company, United Therapeutics. Drugs like the one... see more