Endorsements: Vote NO on Props 14 and 23

By Editorial, The Bakersfield Californian | 08. 08. 2020
Voters and earlier proposition advocates should be proud of the progress the initial $3 billion stem cell investment has accomplished. But times have changed and passage of another mega-bond now would be unwise. 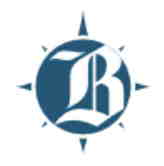 The November general election ballot includes two statewide propositions that address health issues. Proposition 14 asks voters to extend the life of the California Institute for Regenerative Medicine (CIRM) with the passage of a $5.5 billion bond and Proposition 23 is a second round in a protracted battle between organized labor and for-profit dialysis centers. For very different reasons, voters should reject both Propositions 14 and 23.

To understand Proposition 14, voters must look back to 2004, when they overwhelmingly passed Proposition 71, a $3 billion bond measure that established the California Institute for Regenerative Medicine (CIRM).

Promising research breakthroughs that could cure diseases ranging from diabetes to Huntington’s disease, and bringing rehabilitation to those suffering from traumatic injuries, advocates marshaled wide support, including from California’s celebrity community.

In the years since the measure’s passages, CIRM doled out millions in grants and created an... see more