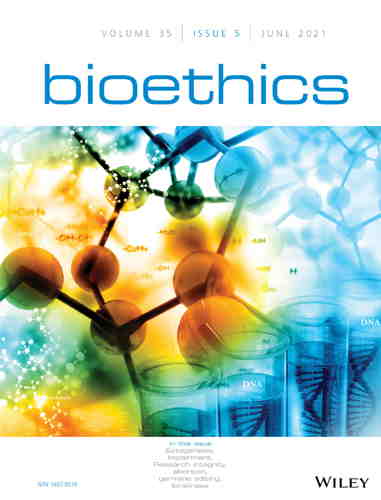 The birth of the world’s first genetically edited babies in 2018 provoked considerable ethical outrage. Nonetheless, many scientists and bioethicists now advocate the pursuit of clinical uses of human germline gene editing. Progress towards this goal will require research, including clinical trials where genetically edited embryos are implanted into a woman’s uterus, gestated, and brought to term. This paper argues that such trials would likely conflict with the fundamental research ethical requirement of non-exploitation. This is because they would expose people who are in a vulnerable situation to risks and burdens that are substantial and not obviously offset by compensating benefits. I consider how the potential for exploitation in such trials might be mitigated, arguing that a feasible and justifiable approach is not easily found. If this analysis is correct, there is a significant ethical obstacle on the path towards clinical use of human germline gene editing.

In late 2018, He Jankui announced the birth of Lulu and Nana, the world’s first human beings born with an edited genome.1 The Chinese scientist had used the novel...

A decision by Israel’s supreme court Sunday paved the way for same-sex couples to have children through surrogacy, capping a decade-old legal battle in what activist groups hailed as a major advance for LGBTQ...

Which lives matter in reproductive biomedicine?

The most recent Black Lives Matter moment provides an important opportunity for consideration of the interlocking social and political systems that contribute to ongoing racism and racial inequality. What does this mean in the context of reproductive biomedicine? Which...