California Lawmakers Seek Reparations For People Sterilized By The State

What Now? Grappling with Compensated Surrogacy Beyond the New York Bill 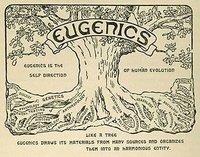 Rosie Zaballos liked to host playtime tea parties and was sweet to everyone she met. But her older brother worried that the 16-year-old, whom her family described as “a little slow,” might someday become pregnant.

In his 30s and married, he had three kids of his own. And their mom was sick and needed help. So he took Rosie to be sterilized at a state-run hospital so she couldn’t have babies who might place an extra burden on the family.

Rosie never came home. She died during the operation.

This painful history, recounted by Rosie’s niece, Barbara Swarr, was rarely discussed in Barbara’s family when she was growing up in a Spanish immigrant neighborhood in Hayward, Calif., just southeast of San Francisco.

But in the past few years, Swarr, now 70, has pieced together the details of her aunt’s short life and the prevailing attitudes toward immigrants, poor people and those with disabilities that allowed more than 20,000 Californians to be sterilized under the state’s eugenics law — often without their consent — over a 70-year period in the 1900s.... see more

Signature Drive Ends for $5.5 Billion California Stem Cell Initiative; Will it Qualify for the Ballot?

Backers of a $5.5 billion ballot initiative to save the California stem cell research program from financial extinction said today that they had finished their petition drive to qualify the measure for the November ballot and expressed confidence that they...

A protracted battle over the future of compensated gestational surrogacy in New York was resolved on April 2 when state lawmakers approved a budget that included legislation proposed by out gay Manhattan State Senator Brad Hoylman and Westchester Assemblymember Amy...

The campaign to save California's stem cell research program from financial extinction is making an "unprecedented," electronic sprint to gather the final signatures to qualify its $5.5 billion rescue measure for the November ballot.

In the next eight days, the...

Police May Not Need a Warrant to Rummage Through Your Trash, But Warrantless Collection of DNA Is Unconstitutional

This week, we filed an amicus brief in a South Dakota case arguing that the Fourth Amendment prohibits the police from surreptitiously collecting our DNA without a warrant. This case is one of the first to challenge the collection of...