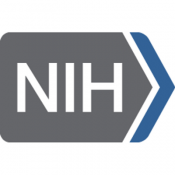 The Center for Genetics and Society welcomes NIH Director Francis Collins' unambiguous statement that "altering the human germline in embryos for clinical purposes ...has been viewed almost universally as a line that should not be crossed," and his clarification of existing regulations relevant to germline gene editing research.

The policies and regulations that Dr. Collins enumerates provide some protection against rogue efforts to use germline modification techniques for reproductive purposes, although they do not rule out the use of private funding for germline alteration research. The United States currently has no codified legal prohibition against reproductive applications of human germline modification.

"The United States should join the dozens of other countries that have passed laws explicitly prohibiting the creation of genetically modified human beings," said CGS Executive Director Marcy Darnovsky, PhD. “We also need expanded international agreements, along the lines of the Council of Europe’s Convention on Biomedicine and Human Rights and UNESCO’s Universal Declaration on the Human Genome and Human Rights.”

As Dr. Collins notes, the arguments against genetically altering embryos or gametes for reproductive purposes are strong. In addition to those he mentions – serious safety issues, human experimentation without the possibility of consent, and the absence of medical justifications – we would add a set of broader social arguments.

There is no persuasive medical reason to manipulate the human germline because inherited genetic diseases can be prevented using embryo screening techniques, among other means. “Is the only justification for trying to refine germline gene editing the prospect of so-called enhancement?” Darnovsky asked. “Creating people with purported biological upgrades could all too easily exacerbate social inequality, discrimination and conflict. A decision to forgo human germline modification would protect our efforts toward a more just and equal society.”