Behind Closed Doors: A Meeting on "Human Genome Synthesis" 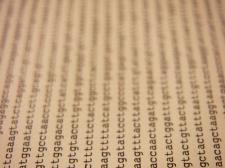 According to a recent statement (1), an invitation-only group of roughly 150 scientists, lawyers, and entrepreneurs gathered at Harvard on Tuesday May 10 to discuss making a complete synthetic human genome from scratch, and inserting it into a cell line. The event was closed to media.

Knowledge of the Harvard meeting emerged in a critical commentary co-authored by Stanford University bioengineer Drew Endy, who has been deeply involved in developing and promoting synthetic biology for many years, and Northwestern University bioethicist Laurie Zoloth, who has participated in numerous efforts to develop guidelines and public policy about emerging biotechnologies.

Endy and Zoloth report that the meeting “was originally organized to focus on 'deliverables and industry involvement,’” and that one of the topics on the agenda was “changing the human genome itself.” On Twitter, Endy posted part of an invitation to the meeting, which asked participants to refrain from talking with the media about it.

“From what we know so far, it’s hard to tell much about the actual technical purpose, business plan, or public relations agenda of the convenors. If these reports are accurate, the meeting looks like a move to privatize the current conversation about heritable genetic modification,” said Marcy Darnovsky, PhD, Executive Director of the Center for Genetics and Society, referring to the ongoing controversy about the prospect of using new gene editing techniques to alter the genes passed on to future children and generations.

Both in the US and globally, opposition to heritable genetic modification is strong. A “gene editing summit” in December 2015 convened by the national scientific academies of the United States, the United Kingdom, and China concluded with a statement by its organizing committee that “it would be irresponsible to proceed with any clinical use of germline editing unless and until...there is broad societal consensus about the appropriateness of the proposed application.”

Though the December “summit” was widely covered by news and social media, and featured speakers from a range of disciplines, it was criticized by the Center for Genetics and Society and others for being insufficiently inclusive. “A semi-secret meeting of scientists and business people to make plans about synthesizing the human genome is a new low in scientific accountability,” Darnovsky said.

“Fully synthetic humans are not close at hand,” she continued. “But genetically modified humans could be. If the next move from the convenors of the Harvard meeting is a splashy announcement about a privately financed moon-shot project, that would really make a stark contrast to the promise of broad societal consensus.”