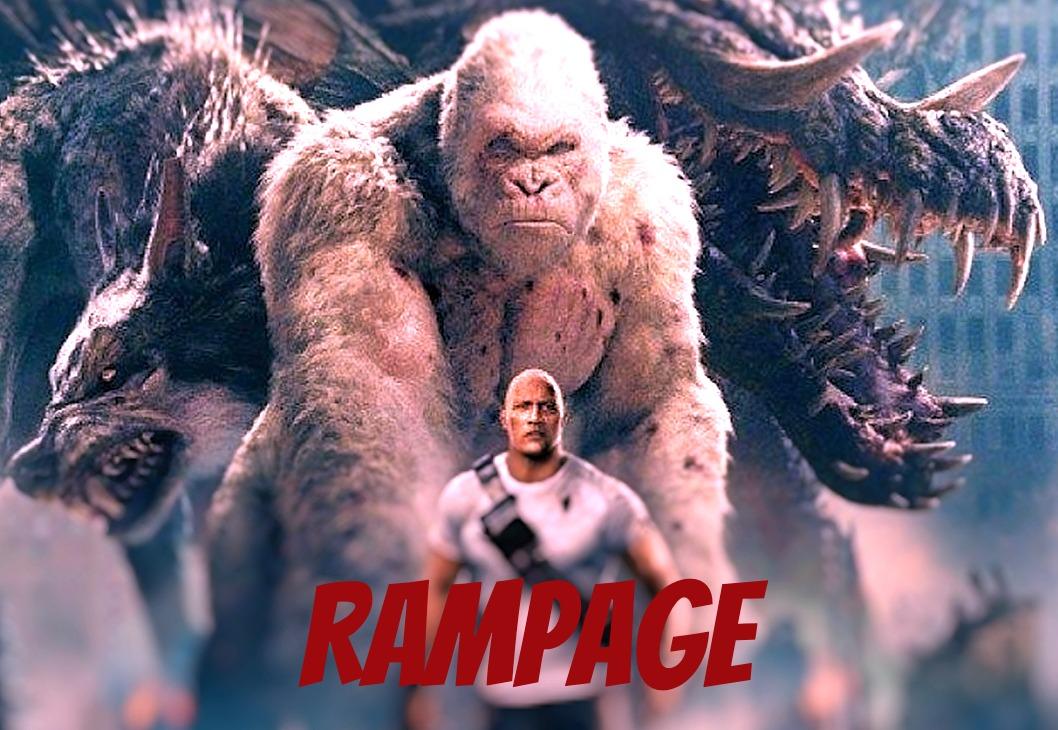 Rampage is a monster movie about genetically mutated animals who wreak havoc on Chicago. Only the herculean efforts of Okoye and the mutated albino gorilla, George, can save the city and its inhabitants from total destruction. The mayhem and death in Rampage come about because owners of a large tech company take CRISPR research conducted by Dr. Kate Caldwell and turn it into a biological weapon. CRISPR is a real-world tool for gene editing that some tout as a cure for almost all things genetic that ail humanity. Caldwell, of course, intended her research be used for eliminating disease, and she is outraged and dismayed that rogue researchers and a greedy company perverted her work to manipulate genes in this way.

This tale of scientific good intentions gone bad is familiar, though it has perhaps never been told with the help of an albino gorilla and an action star. Unfortunately, rogue scientists don’t exist just in movies. A few short months ago, a Chinese scientist, Dr. He Jiankui, announced that he used CRISPR on embryos that later became twin girls born to a couple in which the father is HIV-positive. The uproar in the scientific community was swift and largely universal. If his claim is true, He acted without regard for basic scientific and ethical standards in conducting his research. His desire for attention seemed clear in his decision to announce the birth of the girls in a manner calculated to produce a media frenzy.

He’s deeply problematic actions raise many questions and sparked widespread discussion. In particular, his decision to use CRISPR technology with the goal of protecting these children from HIV transmission is bizarre given the range of interventions already available to avoid HIV transmission from parent to child. That these parents availed themselves of experimental and risky gene editing technology rather than other options raises significant red flags about how human experimentation with gene editing technology will proceed, if at all. CRISPR could increase the vulnerability of would-be parents who use this technology to create pregnancies.

Reproductive gene editing—also known as germline editing—makes unfounded promises that it would allow potential parents to avoid discarding or donating embryos by fixing whatever is supposedly broken in those embryos. It purports to bring a future where consumers would one day be able to remove genes for Type 1 diabetes, congenital hearing loss, short stature, or breast cancer mutations. The road to that end, however, is filled with ethical quandaries that should give us all pause as we contemplate how or if this research moves forward.

What decisions should future parents be able to make on behalf of not yet conceived children? What risks would be worth taking when it comes to changing the human genome for future generations? How would we ensure proper informed consent for the parents who would participate in these experiments because the children most affected wouldn’t yet exist and couldn’t consent? What inducements, if any, would be proper to get people to participate in research of this kind? For instance, a couple that otherwise could not afford IVF might be tempted to participate in gene editing research simply to get access to a service that is financially unavailable to them. What diseases or disabilities would parents or researchers consider sufficiently egregious to make the risks of genetic manipulation worth it and who would make the final determination? Would the people who bear the risk of these experiments be disproportionately poor or from developing nations? If so, would others like them eventually be able to benefit from the risks these experimental subjects took, or would they be priced out of the market?

Critics have long accused the fertility industry of insufficient attention to the potential vulnerability of those who use their services, and the recent CRISPR controversy highlights that vulnerability. Opportunities for exploitation abound when people want to have their “own” children but control the genes those children inherit. That Dr. He justified his actions by feeding into stigma about HIV is a textbook example of how discussions of the wonders of gene editing replace complicated conversations about parental choice, attitudes, and assumptions about disease and disability, and the overlap of medicine and commerce.

There is great cruelty in preying upon parents trying to protect their future children from harm. In a world of rampant discrimination against people with disabilities and in which some scientists and mainstream media herald technology as a harbinger of the end of human “frailty,” potential parents must be as well-informed as possible about the choices high-tech reproductive practices might create. The strictures of informed consent are critical when these parents make daunting decisions that would impact their own children and all of those who would follow in their genetic footsteps.

There is an ethical thicket inherent in procreation for profit, and while the future might not involve mutated animals destroying American cities, the risks of gene editing in human beings are real. For over 15 years, I have taught and lectured about assisted reproduction, bourgeoning reproductive technologies, and their impact on the law, policy, and our understanding of personhood. In considering the ethical pitfalls of new reproductive technologies, I often share this quote from The Handmaid’s Tale: “’Ordinary,’ said Aunt Lydia, ‘is what you are used to. This may not seem ordinary to you now, but after a time it will. It will become ordinary.”

The question that has now been put before us is whether reproductive gene editing should be used at all and, if permitted to avoid disease or disability, whether it should eventually be used for “enhancements,” creating a new baseline for normal. As we consider these prospects, we would do well to think critically about what we should allow to become ordinary.

CRISPR-Based Therapeutics Blaze an In Vivo Path to the Clinic

Therapeutic applications of genome editing were envisioned at least as early as the mid-1990s, when the first sequence-specific genome editing technologies emerged. Initially, such applications were considered distant prospects, but by 2012, they suddenly seemed near to hand. It was...